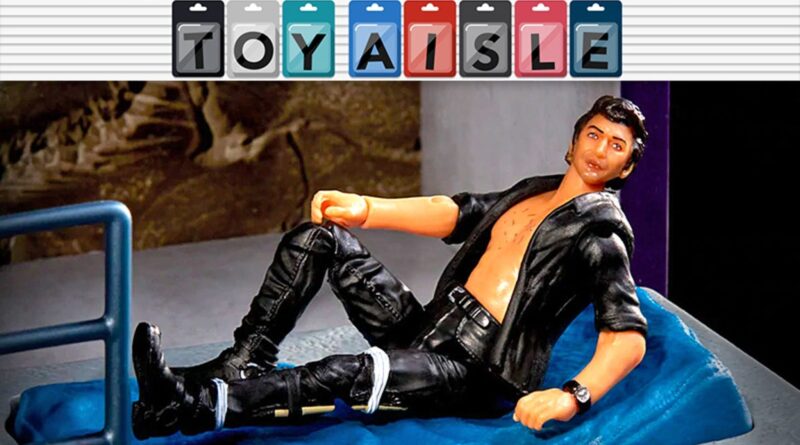 Welcome back to Toy Aisle, io9’s weekly roundup of the best bare-chested toys and collectibles on the internet. This week all other toy news is irrelevant as, just like life, Mattel Creations has found a way to bring us more Jeff Goldblum than we deserve. Hold onto your butts as you check it out!

Everyone from Funko to Lego has given the world their interpretations of Jeff Goldblum as the the sexy, bare-chested, broken-legged, over-memed, Ian Malcolm from the original Jurassic Park, but there will always be room in our hearts for more—many more—and we now welcome Mattel Creations’ take with open arms.

The outer lay of this delicious onion of a collectible wraps the Ian Malcolm figure in a faux copy of the character’s equally fictitious book, God Creates Dinosaurs, which makes occasional cameo appearances in the film Jurassic World.

But open the cover and there you’ll find the tiny but posable four-inch figure, complete with leg splint, splayed out on a miniature diorama based on the control rooms inside the Jurassic Park visitors’ center.

Mattel Creations could have stopped there and Jurassic Park fans would have still lined up in droves to pre-order the $25 figure when it officially goes up for pre-order on May 23 at 12 p.m. EST through the website. But they instead went the extra mile, adding LED lighting effects and a speaker that plays eight different Ian Malcolm quotes whenever the figure is pressed.