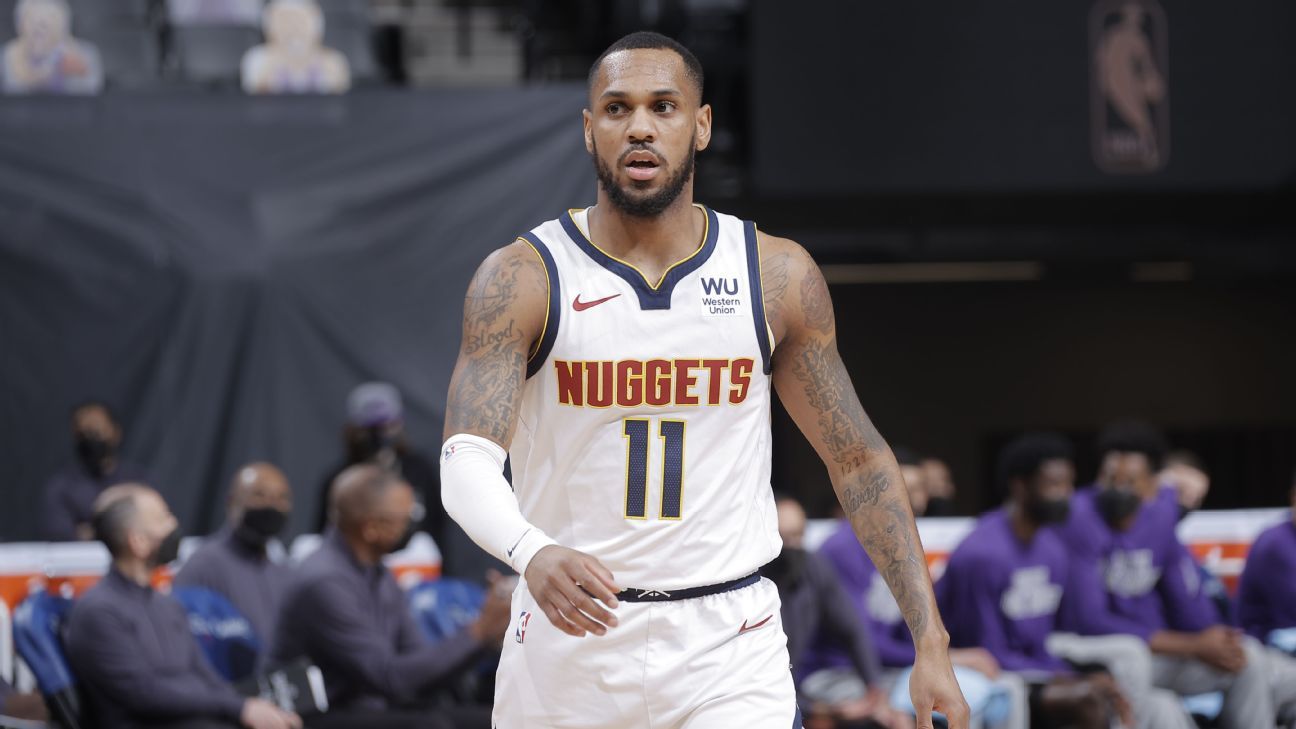 Multiple reports in local media emerged on Friday that Morris would be playing for the African nation at the Olympics. The reports were confirmed by the official social media accounts of the Nigeria Basketball Federation and the Nuggets.

Brown provided further confirmation to ESPN but said the process was still some way from being complete and could well fall apart.

“He does want to play for us but there are still technicalities that we have to work out,” Brown, the Golden State Warriors associate coach, said.

“Technicalities that the [NBBF] president Musa Kida has to work out before it can actually happen. So he is in the process of trying to figure that out right now.”

Morris follows Dinwiddie, whose decision stunned the Nigerian basketball fraternity when it was announced almost a year ago. Brown said what appears to be a trickle now could well turn into a tap.

“The crazy part is there are a lot more American players and coaches that have approached me about being a part of the team, whether it is from a coaching standpoint or from a playing standpoint, and I look at it as fantastic for the program,” he added.

NBBF vice president Babs Ogunade added that that number could be as high as 16, but neither he nor Brown would mention any names, although Brown did admit that Dallas Mavericks small forward Wes Iwundu and Detroit Pistons center Jahlil Okafor are two of the names under consideration.

“I have been talking to Wes, Jahlil; he has been to Nigeria and spent some time there when he was 11, 12 years old. He’s a guy that I am excited about. We all should be excited about a guy like Jahlil because of his talent and his ability on that low post,” Brown said.

Morris’ acquisition feeds into the broader picture of Brown’s oft-stated goal from the very beginning of aiming to return from the Olympic Games with a medal around his neck.

That objective appears to have been the catalyst for this inundation of potential players, who would add to what is already a formidable roster. This roster includes the likes of Al-Farouq Aminu, Josh Okogie, Chimezie Metu and former NBA stars Ekpe Udoh and Ike Diogu, but the coach is keen to point out that it is no free-for-all.

“Now I have all these American NBA players approaching me about playing, and as the coach of the team, you take each player that wants to play under consideration, evaluate them based on what you think you may or may not need or want,” he said. “At the end of the day, when you look at a player like Spencer Dinwiddie, you look at his size, you look at his ability to play the point guard position, you look at what he has accomplished so far in the league and you also look at his age. You look at all those things and you try to put into account how he could possibly help as well the rest of the players.

“It is no different from a player like Monte Morris. He is a young guy, his assist-to-turnover ratio is one of the best in the league; he is small but he is physically tough; he is a true point guard; he will get others the ball.

“So you look at these things and you evaluate. Does this make sense for your team based on the players you have, or doesn’t it? And a guy like Monte, in my opinion makes sense for our team, if it all works out.”

For the moment, Dinwiddie and Morris are the only two to have publicly confirmed their commitment to Nigeria, but will a competition for places stoke resentment among those who have been there from the beginning? Brown chose to focus on the competition for spots and the good trouble it will present for him: “Competition is going to be serious, it is going to be tough. You want it that way. To me, I think when you are talking about how fierce and how tough it is going to be to make the team, to contribute to the team, I don’t know if you want any different.

“The Olympics is not an inter-house sports meet,” Ogunade said. “People come to us with all these stories of how there must be local players in the national team. It is a ridiculous argument, for a [domestic] league that has not been played in three years.

“We look at the players who approach us, and we select based on the best of them in order to make our team stronger, and FIBA rules allow us to do that.”

Brown was taking a more conciliatory tone: “I understand why people would be upset about Spencer or Monte. But it’s no different than the Nigerian national soccer team having a foreign coach or Shane Larkin, the former NBA player playing for Turkey or Becky Hammond and J.R. Holden playing for Russia back in the day, and there are more examples of this.

“If coaches and players especially have an interest in helping a country advance and it’s reciprocated, why not? For instance, one of the greatest players to ever come from Nigeria is Hakeem Olajuwon, and he played for Team USA.

“What people need to understand is that American NBA players want to come play for Nigeria. Whether it happens or not, that should be a positive. For people wanting to be a part of the country, to help the country in any way possible. It means people know that there is something special about the team. I understand people’s sentiments about it, but I would want to see it more as a positive than looking at it as a negative.

“Ten years ago — even less — nobody wanted to be a part of it, even some Nigerian-born players didn’t want to be a part of it. But under Kida’s leadership, everybody wants to come, and I give a lot of credit to Kida for the rise in profile. He was the one that convinced me to come be a part of this, and listening to his vision and spending time with him and working with him, he is committed to raising the level of Nigerian basketball not only on the international stage, but also on the local level too. He’s got big plans and I hope people can understand that.

If they bring that Olympic medal home, few will question the process.