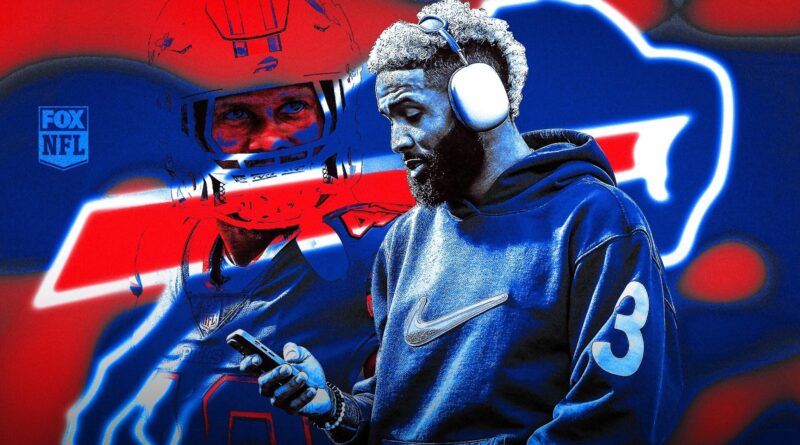 Wide receiver Odell Beckham Jr. is one of the best players remaining on the NFL free-agent market. Is he interested in signing with the Buffalo Bills?

That’s what Beckham hinted at in an Instagram response to linebacker Von Miller, who signed with the Bills this offseason.

Miller had posted a video of himself at training camp, and Beckham asked if the locker next to his was available.

The linebacker also responded to say the locker next to him is open.

The two players were midseason pickups of the Los Angeles Rams last season, who went on to win the Super Bowl. Los Angeles acquired Miller from the Denver Broncos for second- and third-round draft picks at the NFL trade deadline. They signed Beckham after the Cleveland Browns released the wideout in November.

Miller inked a six-year, $120 million deal with the Bills, while Beckham remains a free agent after tearing an ACL last season.

Beckham, 29, spent the first five seasons of his NFL career with the Giants, who traded him to the Browns in 2019. He spent just short of three seasons with the Browns before joining the Rams in 2021.