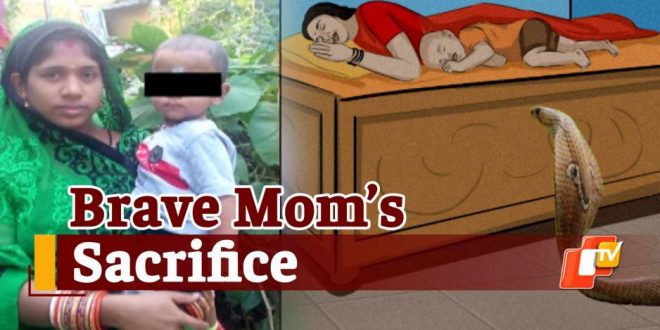 In an unfortunate incident, a woman sacrificed her life to save her son from a poisonous snake on Thursday (July 8). The deceased has been identified as Priyadarshini Rout from Deolabada village under Dasharathpur Block in Jajpur district.

On Thursday afternoon, Priyadarshini had put her one-and-a-half-year-old son to sleep in the house. Then she spotted a deadly cobra snake slithering towards him. In a bid to protect her son’s life, Priyadarshini grabbed the cobra by its tail and threw it away.

However, while doing so, the snake had bit Priyadarshini. Priyadarshini was immediately rushed to Jajpur District Headquarters Hospital (DHH) for treatment, where she was declared brought dead.