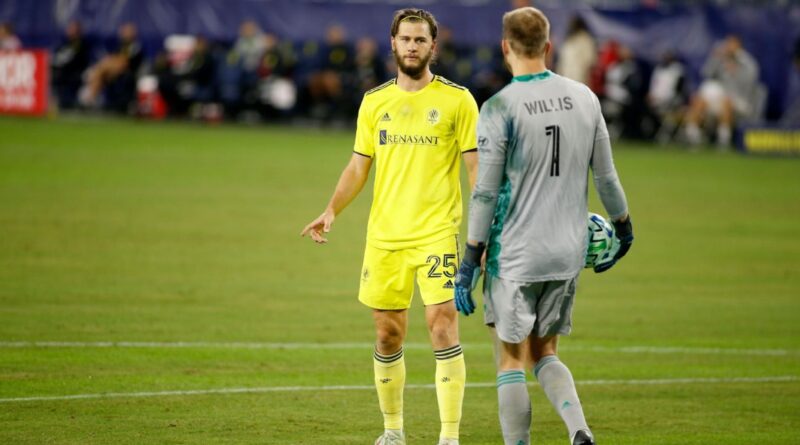 The 2022 NFL season kicks off this Thursday much to the delight of fans everywhere, and in particular to those (of us) who play fantasy football. The usual fantasy football highs and lows will be felt by millions, including players across Major League Soccer.

In many MLS locker rooms, fantasy football is a big deal. Like, a really big deal.

“I’m a dedicated fantasy footballer,” said Houston Dynamo goalkeeper Michael Nelson, who also serves the team’s fantasy football commissioner. “It gets pretty heated. Guys get into the draft process, the week to week, the trash talk in the locker room, the controversy about trades… all of it.”

ESPN spoke with players across multiple MLS teams about their respective fantasy football leagues, and while there are some teams that don’t have an organized league — “That’s pretty sad,” said D.C. United midfielder Russell Canouse — those that do revel in the activity.

Across the board, most teams have a 12-team, .5 PPR (points per reception) league. Ironically, the large majority of league commissioners are goalkeepers.

“It’s usually the intelligent guys on the team that take over, so I’m not surprised,” said New England Revolution shot-stopper Earl Edwards Jr.

The process to join the fantasy league is usually open to those who are interested, unless it’s the Seattle Sounders.

“You have to be voted into our league,” said Sounders forward Will Bruin. “If a guy moves on from Seattle, that spot opens, but you have to apply. This year we have two spots open. One year we had people submit resumes, which was really funny.”

Edwards Jr. was certain that fellow goalkeeper Matt Turner would be joining the Revs’ fantasy league for the 2021 season, but after returning from winning the Gold Cup last summer with the United States men’s national team (and since moved on from New England to join Arsenal), Turner’s plans changed.

“Matt ditched us last year. He was in a team with only national team players, so if you want to throw that in there, that would be great,” quipped Edwards. “We thought that he just wasn’t bought into fantasy football, but come to find out a few weeks into the season he was in a national team league.”

Once the league is organized, the next order of business is a draft to select teams. This is where things can get hairy.

Take the Revs’ 2021 draft. Edwards serves as league commissioner, and he used a golfing ‘closest to the pin’ contest to determine draft order — using Edwards’ pitching wedge. Edwards himself emerged victorious, sparking outrage among his teammates.

“They knew the rules ahead of time; they can’t dispute the results after the fact. That’s on them,” said an incredulous Edwards.

Meanwhile, in 2019, Djimi Traore found out the hard way what happens if you skip the Sounders’ draft.

“When Djimi was on the coaching staff, he ended up having a last-minute excuse to not be at the draft and he had the first pick. He said, ‘Put me on auto-draft’. This was the year that Andrew Luck retired late in preseason, so we made him take Luck with his first pick since he bailed last minute,” said Bruin.

Nashville SC take their fantasy football very seriously, so the draft is a big deal. Just don’t do what Jack Maher did last year at Dan Lovitz’s draft party.

“I had food catered, and Jack wasn’t paying attention,” said Lovitz. “He brought 100 dry-rub chicken wings that were terrible and nobody ate them. He had to leave them at my house… He brought them from a taco place!”

To their credit, Nashville come up with some fairly ingenious ways of determining draft order.

“We found an old horse race in which there were 12 horses and the race replay was available. I checked the race, got the names of the horses, didn’t look at the odds and results, put it into a random generator and assigned a horse to each player,” said Nashville commissioner and goalkeeper Joe Willis.

Once the NFL season kicks into gear, the banter in the locker room goes up a notch.

“Everyone walks into the locker room and talks about a trade they are trying to make, a win that just happened. There’s always fantasy football talk when the season starts,” said Dynamo defender Tim Parker.

“The day-to-day conversations are great with news, or games, injuries… It creates a distraction that is positive for team culture,” said Canouse.

Teams just need to be careful that it doesn’t spill into gameday preparation.

“In D.C. one year Felipe Martins was trying to convince everyone to approve a trade with Donovan Pines. I think he was getting frustrated that guys said no, and this was like an hour before a game warm-up,” recalled current FC Dallas man Paul Arriola.

Building bonds with teammates from abroad

Fantasy football is also an opportunity for guys from overseas to learn more about U.S. sporting culture. Brazilian Joao Paulo in Seattle has become fanatical about fantasy football, Swedish defender Adam Lundqvist in Houston can’t get enough of it, Ghanaian Emmanuel Boateng of the Revs takes in Patriots training camp for insight and the Vancouver Whitecaps’ Julian Gressel even does a league with his brothers back home in Germany.

But heading into this fantasy season, the most intriguing player from overseas could well be FC Dallas’ Dutch goalkeeper Maarten Paes. New to the U.S., Paes is taking a crack at fantasy football, even though he’s not getting much help from teammates.

“Since I came here, I wanted to learn all of the American sports. I don’t understand the rules that well, but I love competition,” said Paes. “My teammates aren’t helping because I’m competing against them, so there are friends who live in my apartment complex who are helping me.”

Paes has also quickly learned who in the FC Dallas locker room fancies himself as the best fantasy player.

“Paxton Pomykal is a guy who is really high on himself when it comes to his fantasy football team, so I’m curious if he can meet his own predictions,” said Paes.

If Paes can pull it off and win the FC Dallas league in his first year, he would join a list of legendary fantasy football moments in MLS.

Michael Parkhurst had a perfect season in 2017 with Atlanta United, while last year in Houston, Nelson rallied from an 0-5 start to win the league.

“I’m not saying it was an inside job, but I think there is something that should be looked into… Perhaps a committee should be formed,” said a skeptical Parker.

More memorable are the punishments for the guys who finish last. For example, don’t be surprised if you see an FC Dallas player doing a 5K next spring in full uniform.

However, when it comes to last-place finishes, Nashville take it to another level.

“The first year, you had to sit in a Waffle House for 18 hours and could reduce one hour for every waffle you ate. The loser from that year ended up eating 10 waffles and only had to stay there six hours… I don’t want to name names, but he’s a center back with a blond ponytail,” Willis said.

Doesn’t take long to figure out that would be USMNT defender Walker Zimmerman.

“Our loser from last year will be performing 5-7 minutes of stand-up comedy at a local open mic night here soon,” added Willis.

Once the MLS season ends, a group text message keeps trash talking intact, but the real fun is when everyone is still in the locker room. Fantasy football is the perfect antidote to what can be a long and grueling season.

“It’s fun competition outside of soccer. It brings guys together. You connect and it gets your mind off things if things aren’t going well, or makes it even better if they are going well,” Bruin said.

So while you experience the ups and downs of your fantasy football league this fall, maybe you can take solace in the fact that some of your favorite players in MLS are experiencing the exact same thing.