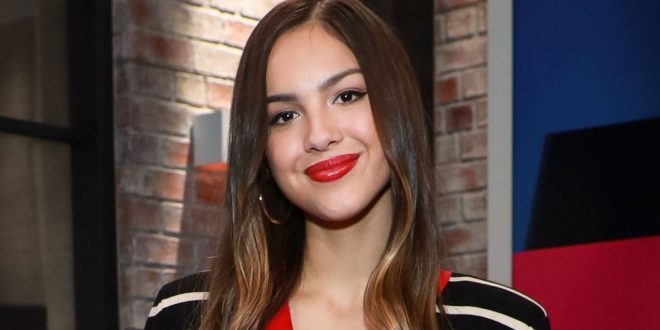 Olivia Rodrigo isn’t stepping on the brakes anytime soon. Fresh off the release of her singles “Drivers License” and “Deja Vu,” she announced on Tuesday (April 13) that her debut album, Sour, will be released on May 21.

After teasing the album’s tracklist by sending letters to fans for them to decode, the 18-year-old actress and singer-songwriter made the official announcement by sharing the album’s artwork on Instagram. Channeling ’90s teen nostalgia, the cover sees Rodrigo’s face covered in butterflies, stars, and heart stickers as she sticks her tongue out to reveal the title pasted onto it.

Writing about the project on her Instagram Story, Olivia added: “My debut album Sour comes out May 21 and I couldn’t be more excited if I tried.”

After making the announcement, Rodrigo jumped on Instagram Live to reveal that she wrote most of the songs on Sour when she was 17. “It’s this very, like, sour period of my life, which I think is why I liked the title,” she said. “I think you’re really gonna love the [songs] that are on the record. I worked really hard to write them and produce them in a really unique way. I’m so excited. It’s going to be really fun.”

The 11-track album includes her previous mega-hits “Deja Vu” and “Drivers License,” both of which cracked the top 10 of the Billboard Hot 100 chart this week. There’s also a blend of new material and previously released fan favorites like the poignant “Happier,” which Rodrigo first shared online in 2020.

Speaking with MTV News about the impact of “Drivers License,” Olivia shared that, while she initially worried the song’s meteoric success would leave her feeling pressured, it actually helped her to discover what makes her stand out as an artist. “I actually really think it gave me a lot of confidence in my voice and in what makes my songwriting special which I feel like is my vulnerability and honesty,” she said. “Learning that that’s what people resonated with kind of helps me with all of my other music.”