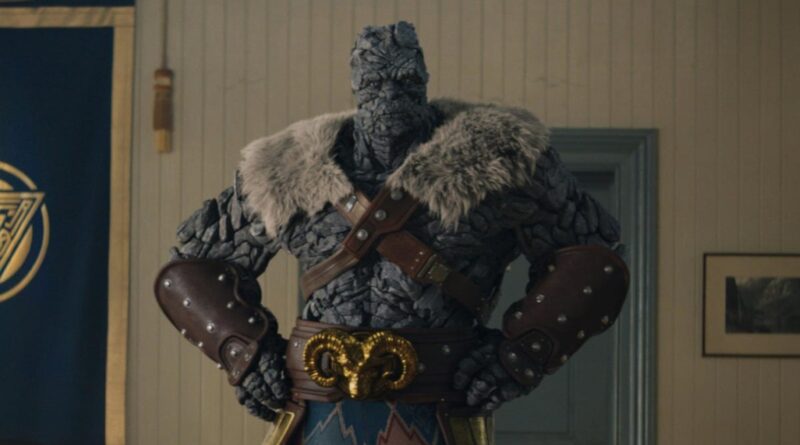 Thor: Love and Thunder. It’s all anyone in pop culture is talking about this week. Was it good, was it bad, did you like it, did you hate it, how did they treat Jane, was it gay enough, does it set up Thor 5, goat screaming, the list of discussion topics has been endless. Oddly enough though, in a few interviews, the person primarily responsible for the film—co-writer and director Taika Waititi—was completely in the dark about one key talking point.

Instant Food – From Sci-Fi to Sci-Fact

Marvel Studios has conditioned its fans to stay through the end of the credits of its films with the promise of some fun surprise and/or revelation. Normally that’s in the form of a full scene but sometimes there’s also a declaration that a character or team will “be back.” That happens in Thor: Love and Thunder where the credits end with the promise that “Thor will be back,” presumably in some kind of sequel. However, speaking to Insider, the person who’d hypothetically be responsible for that sequel, Waititi, revealed he wasn’t aware that was on there.

“Well, guess what? That was a surprise to me, too,” he said. “I‘m not joking. I saw it in the theater and I was like, ‘Oh, shit. Really?’ Even Chris [Hemsworth] was like, ‘What?’ But, of course he’ll be back. He’s the best character. I mean, I may be a little biased, but he’s the most fun to watch.”

Thor: Love and Thunder does end with a few hints of how Thor might return. For one, he’s got an adopted daughter with superhero powers. Two, Hercules and Zeus are now after him. So it seems fairly obvious that Waititi himself wrote in and filmed hints of where a further story might go, but he seems to gloss over that.

The biggest of screens
This massive TV uses intelligent TV Processing thanks to a 4K HDR Proeccesor X1 to deliver unparalleled visuals for your TV shows, films, and games, has an amazing array of colors to draw from, and grants access to a bunch of streaming services thanks to Google TV and Google Assistant.

“Now, I don’t know what would be next,” Waititi said. “I would definitely do one, but only if Chris did it. But it would need to be something surprising and unexpected for me to want to do it. Like what would be the new take? The battles and all the fighting is fine, but I would want something that feels unexpected when it comes to the story. Like making just a $5 million movie with no fighting at all, just Thor on a road trip. Like Nebraska.”

To us, Thor having a daughter and fighting with his fellow gods is pretty “unexpected,” so we have a feeling the Oscar winner is messing around here a bit. But whatever the truth is, Thor will be back. Though it probably wouldn’t happen until after Waititi directs a Star Wars movie.

Read more from Waititi at the Insider where he talks about the “RIP Loki” tattoo, deleted scenes, filming at a Best Buy, and more. It’s a good read. Thor: Love and Thunder is now in theaters.