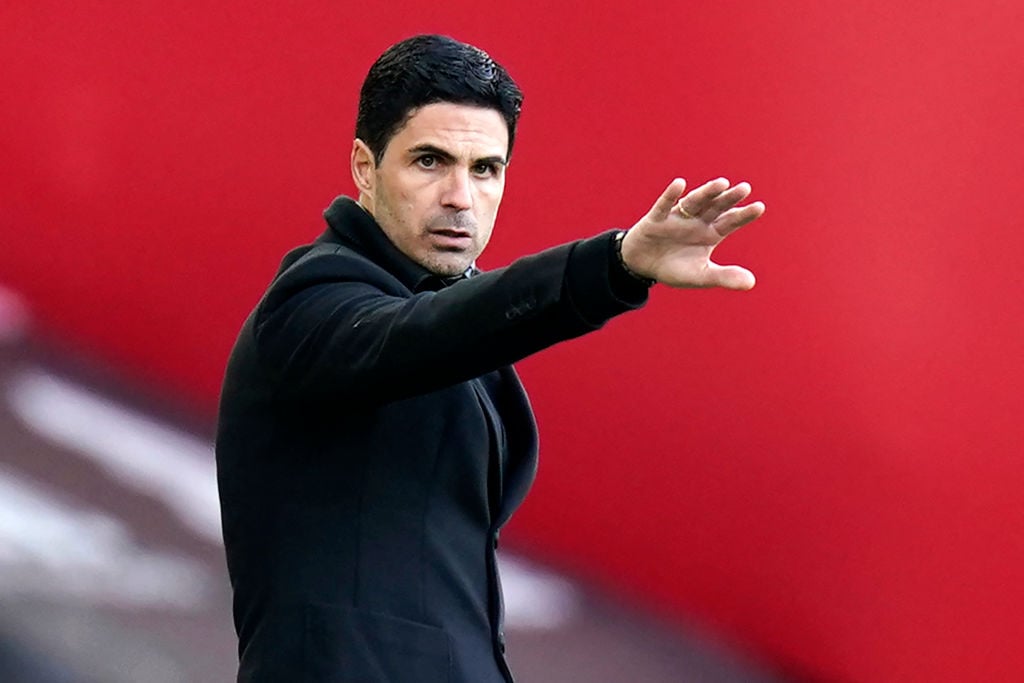 Mikel Arteta isn’t exactly safe and sound as Arsenal boss, but it doesn’t look like he’ll lose his job any time soon.

Poor Premier League displays are a massive concern, but Arteta has the chance to take Arsenal into the final of the Europa League, which would certainly buy him some time.

The best way for Arteta to convince Arsenal is, of course, to win, but embracing the club’s Hale End academy products would certainly help.

This season, we have seen both Bukayo Saka and Emile Smith Rowe take giant steps forward, becoming vital parts of Arteta’s setup having provided some energy and spark to Arsenal’s attacking play.

Some Hale End products may leave this summer in Ainsley Maitland-Niles, Joe Willock and Eddie Nketiah, but two prospects may have been given new hope of emerging under Arteta.

Speaking to Sky Sports, Arteta suggested that he and Arsenal must look towards their academy first before going into the transfer market for expensive new recruits.

“For me, if we want to strengthen our position and we need to recruit somebody, first of all we have to look in our academy,” said Arteta. “It’s part of the DNA of the club and we have to do that. If we have that product in our club, let’s bring him in. But he has to have the right qualities, the right mentality and character to do so. If not, we have to go and try to find him,” he added.

This is music to the ears of two players; midfielder Miguel Azeez and striker Folarin Balogun.

Arsenal need to find a new midfielder this summer to be Thomas Partey’s long-term successor, with Brighton and Hove Albion star Yves Bissouma a top target according to Football.London.

A deal for Bissouma would likely cost upwards of £30million, but 18-year-old Azeez has shown the quality and potential to save Arsenal money, emerging as a midfielder with athleticism as well as quality on the ball to start attacks in front of the back four.

A striker is also needed given question marks over Alexandre Lacazette, but Arsenal have just given Balogun a new contract.

That suggests that the Gunners think Balogun has major potential, and Arteta’s comments suggest that he could be given a chance to shine before big money is spent on another signing.

These comments are hugely encouraging for Arsenal’s philosophy, and they should lead to Azeez and Balogun joining Saka and Smith Rowe in the Arsenal first-team setup moving forward.

In other news, ‘He has gradually grown’: Unai Emery says one Arsenal player has improved since he was there