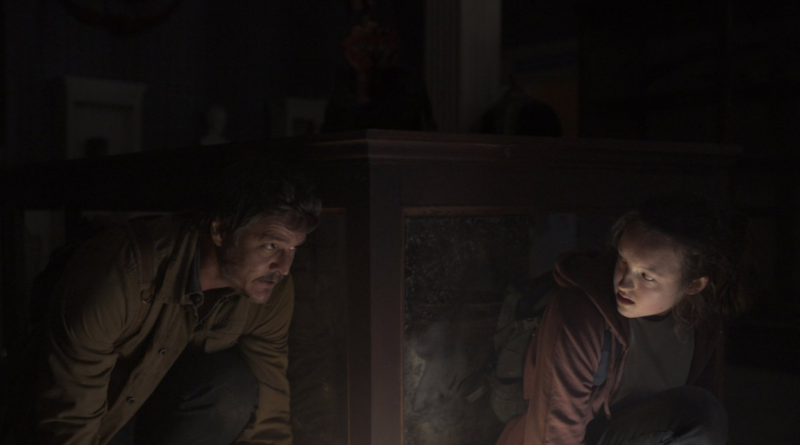 HBO and Sony are doing a great job of letting us see as little of their live-action adaptation of The Last of Us as possible. The first official picture from the adaptation of Naughty Dog’s critically acclaimed zombie game series was bright, but also just of the backs of its two lead stars. This second look, is… well, the direct opposite.

Just revealed at the ongoing Summer Games Fest gaming live show, this new still from the HBO series actually lets us see Pedro Pascal and Bella Ramsey as Joel and Ellie, respectively. And it is, at the very least, a very Last of Us-style scenario—they’re both sneaking around and hiding behind debris to avoid being spotted by the fungal hordes of clickers that now roam the U.S. in the series’ post-apocalyptic setting.

It’s also very The Last of Us in that it’s basically mostly pitch black, and you can barely see Joel and Ellie, let alone the clickers in the background hunting them. It’s honestly kind of amazing that despite the fact we’ve know about the show for a few years now, our only two looks at it so far, officially at least, have been very bright, but actor-obscuring, and then very dark, but actor-visible.

Also revealed alongside the image was the fact that actors Troy Baker and Ashley Johnson, who played Joel and Ellie respectively in the video game series, will appear in the TV series as new, “real” roles—probably because it would be a bit weird if they were somehow also playing Joel and Ellie. Although further details weren’t shared, Baker and Johnson join Last of Us game actors Merle Dandrige and Jeffrey Pierce in heading to the series. Dandridge will reprise her role as resistance leader Marlene from the game, while like Baker and Johnson, Pierce will play a new character—because his video game role as Tommy Miller, Joel’s brother, will be played by Agents of SHIELD’s Gabriel Luna.