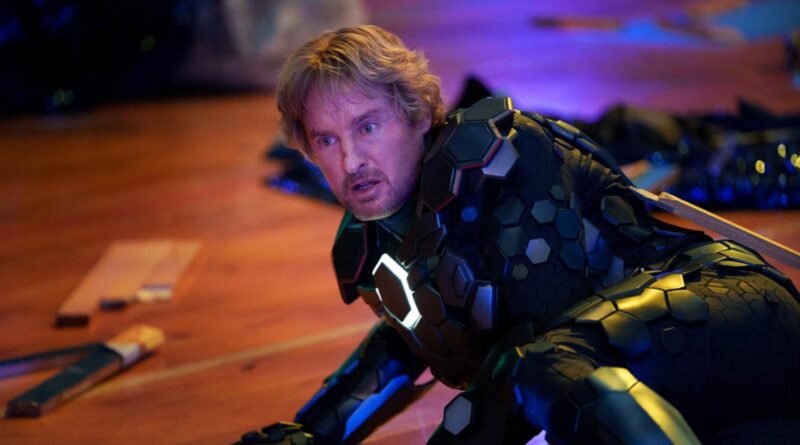 Imagine if Batman had an Iron Man suit, as well as a son, and that his son and his friends discovered the Bat Cave. That’s the general setup of Secret Headquarters, a new movie coming to Paramount+ on August 12, and the first trailer is here.

Directed by Henry Joost and Ariel Schulman (who recently made the Netflix film Project Power but came onto the scene with the documentary Catfish), Secret Headquarters stars Owen Wilson (Loki) as the superhero and Walker Scobell (The Adam Project) as his son. When Dad goes off on a mission, the son finds his “secret headquarters” filled with cool superhero stuff and all hell breaks loose. Here’s the trailer.

I mean come on. It looks like a modern Spy Kids except if, instead of being a spy, the adult had superhero armor. Plus the supporting cast, from Michael Peña (Ant-Man) and Jesse Williams (The Cabin in the Woods) to Keith L. Williams (Good Boys) and Momona Tamada (The Baby-Sitters Club), is stellar. This movie looks like a ton of fun.

But… then all that enthusiasm runs up into an unfortunate reality. Secret Headquarters was originally going to be a theatrical release. Now, it is not. Paramount has been on the money in the past year with which of its big movies to hold for theaters no matter what (The Lost City, Scream, Sonic The Hedgehog 2, Top Gun: Maverick) and which to push to streaming (Coming 2 America, The Tomorrow War). That Secret Headquarters falls into the latter category does not show a lot of confidence in the final product, excellent trailer be dammed. Nevertheless, we’re hoping this one lives up to its potential, which is certainly superheroic.

Secret Headquarters will be released on Paramount+ in the U.S. and Canada August 12. It’ll be out later this year in international territories where Paramount+ is available.

Fancy phone
Uses a powerful Google Tensor processor for absurd speeds, has an advanced camera with a 4x optical zoom, and a sensor that can capture more light than ever before, has a fast-charging battery to allow you to stay on the go more, and features multiple incredible photo tools.