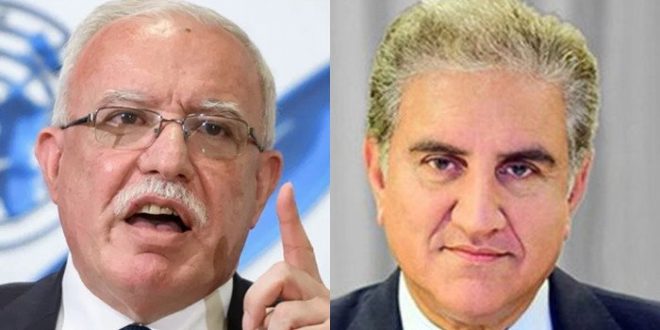 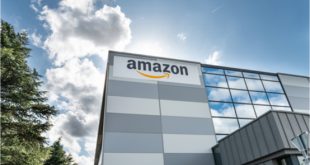 ‘AmaZen’ is the Religion for Our Time 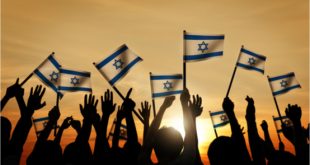 Palestine on Friday expressed deep appreciation for Pakistan’s principled, steadfast and unflinching support to Palestine, the Ministry of Foreign Affairs said in a statement.

FM Qureshi strongly condemned Israeli forces’ attacks on Al-Aqsa Mosque and continued airstrikes on Gaza that have so far killed at least 122 innocent civilians, including children.

The foreign minister reiterated Pakistan’s unequivocal support for the rights of Palestinian people and their just struggle.

He briefed Dr Maliki on Pakistan’s efforts to sensitise the international community on the serious situation and the violations of human rights and international law.

Recalling the recent telephonic call between PM Imran Khan and the Palestinian President, the foreign minister reassured Dr Maliki of Pakistan’s steadfast support to Palestinian people during these testing times.

He expressed Pakistan’s serious concerns on the storming of the Al-Aqsa Mosque and grave human rights violations. He condemned the continued attacks by the Israeli Defence Forces against the Palestinians.

“Israeli acts defied all norms of humanity and international law,” he said.

FM Qureshi recalled the Pakistan-Saudi Arabia Joint Statement issued during the recent visit of the prime minister to the Kingdom, on 8 May 2021, which, inter alia, included the two countries’ shared perspectives on the Palestinian issue.

The foreign minister reaffirmed Pakistan’s full support for the legitimate rights of the Palestinian people, especially their right to self-determination and establishment of their independent state with pre-1967 borders and East Jerusalem as its capital, in accordance with the Arab Peace Initiative and relevant UN resolutions.

The Saudi foreign minister expressed concerns at the serious developments in Palestine and briefed FM Qureshi regarding the initiatives being taken to address the situation.

FM Qureshi welcomed the initiative of Saudi Arabia to convene an Emergency Meeting of the OIC’s Executive Committee at the Foreign Ministers level on 16 May 2021.

Expressing gratitude for the warm Saudi hospitality during the prime minister’s recently concluded visit, Foreign Minister Qureshi apprised his counterpart of the post-visit telephone call between Prime Minister Imran Khan and the Custodian of the Two Holy Mosques His Majesty King Salman bin Abdul Aziz, during which the two leaders also conferred on the serious situation in Palestine and the need for urgent steps to address it.

The two Foreign Ministers agreed to continue close consultations and coordination on the evolving situation in Palestine.

Moreover, FM Qureshi also received a call from Afghan Foreign Minister Hanif Atmar during which both sides exchanged greetings on the auspicious occasion of Eid-ul-Fitr.

FM Qureshi conveyed wishes for a happy and joyous Eid for the brotherly people of Afghanistan.

The foreign minister underlined that Pakistan welcomed the announcement of the three-day Eid ceasefire by the Afghan parties recently and emphasised that efforts should continue for a permanent ceasefire.

FM Qureshi reaffirmed Pakistan’s support for the Afghan peace process and underscored that the intra-Afghan negotiations provide a historic opportunity to achieve an inclusive, broad-based, and comprehensive political settlement in Afghanistan for ending the 40-years long conflict.

The two foreign ministers also exchanged views about the current situation in Palestine and Masjid Al-Aqsa.

FM Qureshi condemned the indiscriminate use of force and attacks by Israeli forces in Al-Aqsa and Gaza, called for the protection of civilians, and underscored the need for the international community to take urgent steps to address the grave situation in the occupied territories.

The two foreign ministers agreed to remain in contact on the Palestine issue. They also agreed to maintain high-level bilateral exchanges and work together for the further consolidation of Pakistan-Afghanistan relations.