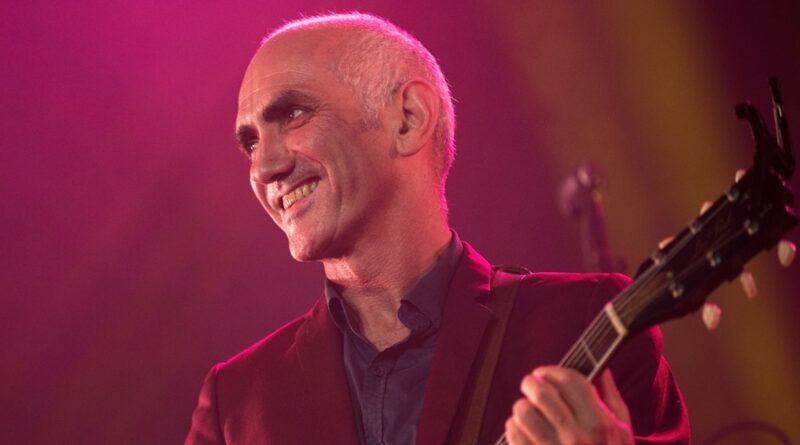 Paul Kelly scores an early Christmas gift, as the veteran Australian singer, songwriter and wordsmith bags the chart crown with his holiday collection.

Kelly’s “2022 Edition” of Christmas Train (GAWD/EMI) stops at No. 1 on the ARIA Albums Chart, published Dec. 9. That’s one better than Christmas Train’s No. 2 debut and peak position following its original release in 2021, an effort that made it the highest-charting Christmas album of the year in Australia.

Christmas Train collects a batch of classics, and features a new recording of Ron Sexsmith’s “Maybe This Christmas” — recorded with Kelly’s live band at Soundpark Studios in Melbourne — and, of course, Kelly’s own holiday standard, “How to Make Gravy,” a tale of a prisoner reflecting on the friends and family he’ll miss while he’s locked up for Christmas.

With another Aussie Christmas set blazing to No. 1 last week, Jimmy Barnes’ Blue Christmas (down 4-1 this cycle), ARIA CEO Annabelle Herd is calling the result “amazing” and “one more thing to celebrate as we enter the festive season. Congratulations to Paul for his success, it’s fantastic to see such an accomplished and important national storyteller continue to reach new heights.”

A smattering of Christmas gifts are placed on the ARIA Charts, including Michael Bublé’s Christmas (Reprise/Warner), up 36-8 on the albums survey, and the Bocellis’ A Family Christmas (Decca/Universal), which holds at No. 9.

Leaping in at No. 3 on the ARIA Albums Chart, just behind Taylor Swift’s Midnights (Universal), is Australian Frog Calls: Songs of Disappearance (via MGM), an album that features calls from 43 of Australia’s most threatened frogs.

The set is a collaborative project of Australia Museum FrogID project, the Bowerbird Collective, Listening Earth and Mervyn Street of Mangkaja Arts, and aims to raise awareness for Australia’s declining frog population. Currently, one in six Australian native frog species are threatened.

The amphibian benefit recording is from the same well as Australian Bird Calls: Songs of Disappearance, an album of bird songs that reached No. 2 on the national chart in 2021.

Also new to the ARIA Albums Chart is Metro Boomin’s Heroes & Villains (Republic/Universal), new at No. 5, while BTS star RM’s starts at No. 26 with his solo debut Indigo (Interscope/Universal), and Magic Dirt singer Adalita bows at No. 29 with Inland (Liberation/Universal).

Over on the ARIA Singles Chart, Sam Smith & Kim Petras’ “Unholy” (Capitol/Universal) unseats “Taylor Swift’s “Anti-Hero” (Universal) after six weeks, while Mariah Carey’s “All I Want For Christmas Is You” (Columbia/Sony) races 11-3.

Metro Boomin’ has the top debut on the singles survey with his Heroes & Villains release, “Creepin’” featuring the Weeknd and 21 Savage. It’s new at No. 8.