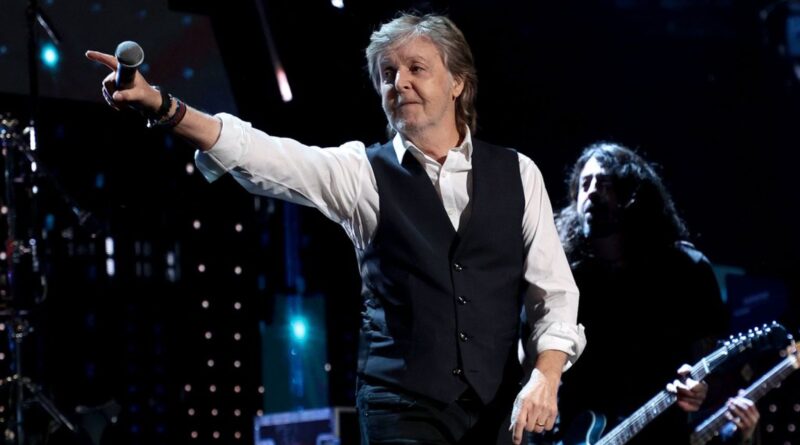 The limited edition box set will be released on Aug. 5.

Paul McCartney‘s three eponymous solo albums are being packaged together for the first time in a special box set.

The box set will be available in three different formats: limited edition color vinyl (priced at $99.98), black vinyl edition ($89.98), and CD ($39.98). The sets will include three special photo prints and notes from the former Beatles member about each album. The cover and typography for the slipcases were created by artist Ed Ruscha.

McCartney I II III will be released on Aug. 5. Pre-orders are available at McCartney’s official store.

The third in a trilogy of albums, McCartney III debuted at No. 1 on Billboard’s Top Album Sales chart in December 2020. The stripped back release was self-produced in isolation at McCartney’s Sussex studio. A remix album, McCartney III Imagined, was released the following year with a track list boasting guests such as Beck, St. Vincent, Phoebe Bridgers, Damon Albarn, Josh Homme and Anderson .Paak.

McCartney wrapped his Got Back Tour on Thursday (June 16) at Met Life Stadium in New Jersey with special guest appearances by local heroes Bruce Springsteen and Jon Bon Jovi. The long and winding road continues when McCartney headlines the U.K.’s Glastonbury Festival on June 25.