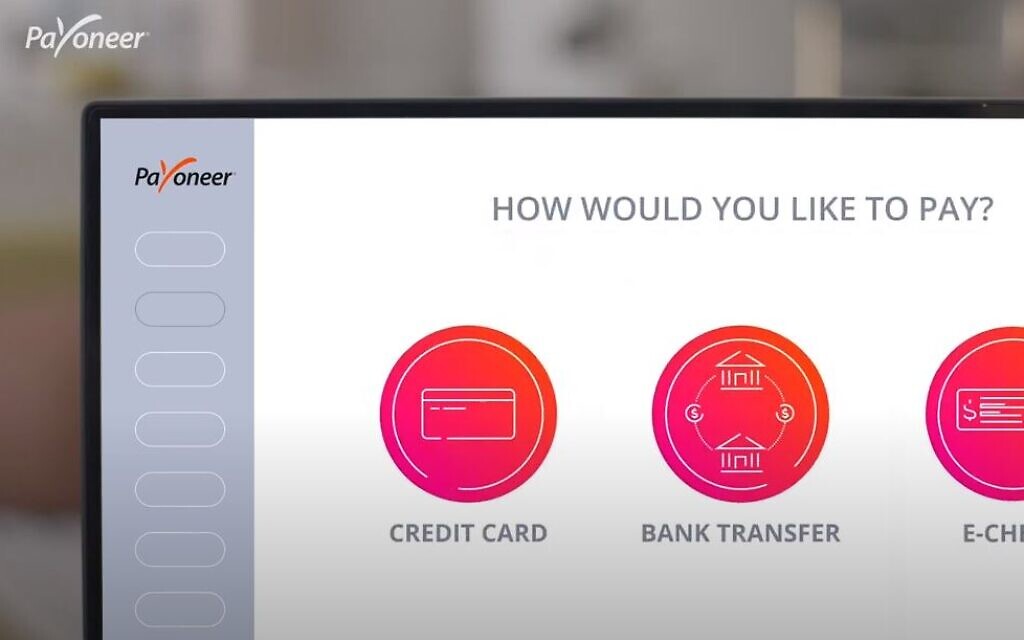 Payoneer to pay US Treasury $1.4 million fine over sanctions violations

The US Treasury Department said that Payoneer, a fintech startup founded by Israeli entrepreneurs, has agreed to pay a fine of some $1.4 million as part of a settlement for more than 2,000 apparent sanctions violations, by processing payments for parties located in Iran, Sudan and Syria among others, the agency said in a statement.

“Payoneer processed 2,241 payments for parties located in certain jurisdictions and regions subject to sanctions including the Crimea region of Ukraine, Iran, Sudan, and Syria, and 19 payments on behalf of sanctioned persons,” on a list compiled by the Office of Foreign Assets Control (OFAC) at the Treasury Department, the statement published on Friday said.

The payments were made between February 4, 2013, and February 20, 2018, the statement said, and resulted in a total of over $800,000 worth of transactions made by sanctioned people and people in sanctioned jurisdictions.

“This action highlights that money services businesses—like all financial service providers—are responsible for ensuring that they do not engage in unauthorized transactions prohibited by OFAC sanctions, such as dealings with blocked persons or property, or engaging in prohibited trade-related transactions with jurisdictions and regions subject to sanctions. To mitigate such risks, money services businesses should develop a tailored, risk-based sanctions compliance program,” the Treasury said in its enforcement report.

“Payoneer’s policies and procedures dating back as far as June 2015 specified that transactions involving parties in sanctioned locations were prohibited, but the testing and auditing conducted to verify that these policies and procedures were being implemented failed to identify the compliance deficiencies that led to the Apparent Violations,” the statement said.

Aggravating factors, the statement said, were the fact that the firm “failed to exercise a minimal degree of caution or care for its sanctions compliance obligations,” and Payoneer “had reason to know the location of the users it subsequently identified as located in jurisdictions and regions subject to sanctions.”

Among the mitigating factors were that upon discovering potential sanctions compliance issues, senior management acted quickly to self-disclose the apparent violations, the statement said, and has said that it has “terminated the conduct” that led to the apparent violations and took “remedial measures” to minimize the risk of similar occurrences in the future, the statement said.

Payoneer’s shares started trading on Nasdaq in June at a valuation of over $3 billion, after it completed a merger with special purpose acquisition company FTAC Olympus Acquisition Corp., a blank-check company run by Bancorp founder Betsy Cohen.

Payoneer was founded in 2005 in Israel by Yuval Tal and Yaniv Chechik, and is today characterized as one of the largest online money transfer platforms in the world, allowing online businesses and gig economy freelancers in different countries to seamlessly transact with each other and with clients. It counts Amazon, Airbnb and Fiverr among its partners and transfers payments between buyers and sellers on these platforms.

According to Forbes Israel [Hebrew link], Israeli Prime Minister Naftali Bennett was set to make some $5 million from the SPAC merger, having invested several hundred thousand shekels in Payoneer some 13 years ago. Bennett’s spokesman confirmed to The Times of Israel that he invested in the company.

Related: Behind Bennett’s Payoneer payday, a firm that profited off smut and alleged cons

Commenting on the settlement, Payoneer said in a text message: “Payoneer takes its compliance responsibilities very seriously and we maintain a robust compliance program, which we are committed to continuously improving.

“Upon discovery of these incidents, [which were non-egregious in nature] and took place between 2013 and 2018, Payoneer took immediate action, including significant investments in its technology and human resources to further strengthen our compliance program.

“Payoneer’s mission is to bring financial empowerment to businesses and entrepreneurs around the world through participation in the digital economy. We will continue to make investments to ensure that we accomplish this mission in a secure and compliant way.”