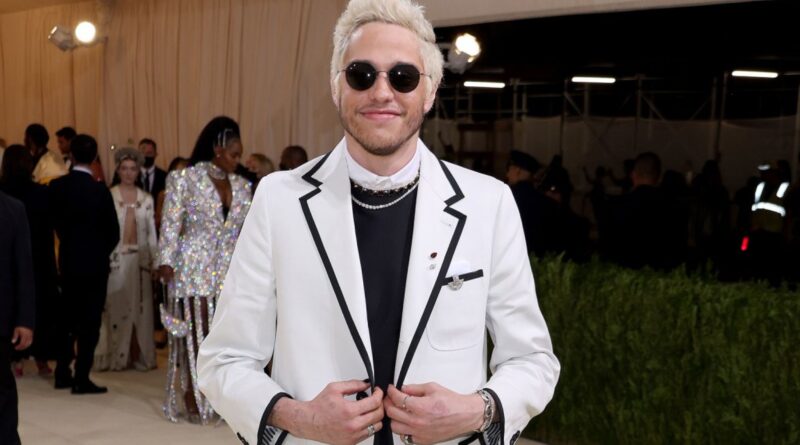 The performer said he is “so happy and sad about tonight’s show,” which will mark his final regular episode after eight seasons.

Pete Davidson attends The 2021 Met Gala Celebrating In America: A Lexicon Of Fashion at Metropolitan Museum of Art on Sept. 13, 2021 in New York City.
John Shearer/WireImage

Pete Davidson is saying goodbye to Saturday Night Live, his home for the past eight seasons.

In an Instagram post shared via the account of friend and SNL writer Dave Sirus and credited to Davidson, the King of Staten Island star can be seen hugging Jerrod Carmichael in a throwback video. In the post’s caption, Davidson confirmed that Saturday’s (May 21) episode of NBC’s sketch comedy series will be his last as a regular, and he explained that Carmichael sent this video to him Friday that was taken in 2014 on the night of Davidson’s first-ever episode.

“In the video I had just gotten back from doing my very first update and sketch,” Davidson wrote. “It’s crazy to think that today I’ll be doing my last one. When I got the show I was 20 years old and I had no idea what I was doing. I still don’t but especially back then.”

Davidson, 28, added that he was “super scared” to appear on the show, since he saw himself as a stand-up and was worried that his sketch-comedy skills wouldn’t stack up to those of SNL stalwarts Kate McKinnon and Kenan Thompson. But Davidson said he’s glad he decided to lean in on his stand-up and personal “Weekend Update” segments.

“I got to share so much with this audience and literally grow up in front of your eyes,” he wrote. “We were together through the good and the bad, the happiest and the darkest of times. I owe Lorne Michaels and everyone at SNL my life. Im so grateful and I wouldn’t be here without them. I appreciate you guys always having my back and sticking up for me even when that wasn’t the popular opinion. Thank you for always believing in me and sticking by my side even when it seemed comical.”

He continued, “Thank you for teaching me life values, how to grow up and for giving me memories that will last a lifetime. SNL is my home. I’m so happy and sad about tonight’s show. For so many reasons I can’t explain. Can’t wait to be back next year in a Mulaney musical number.”