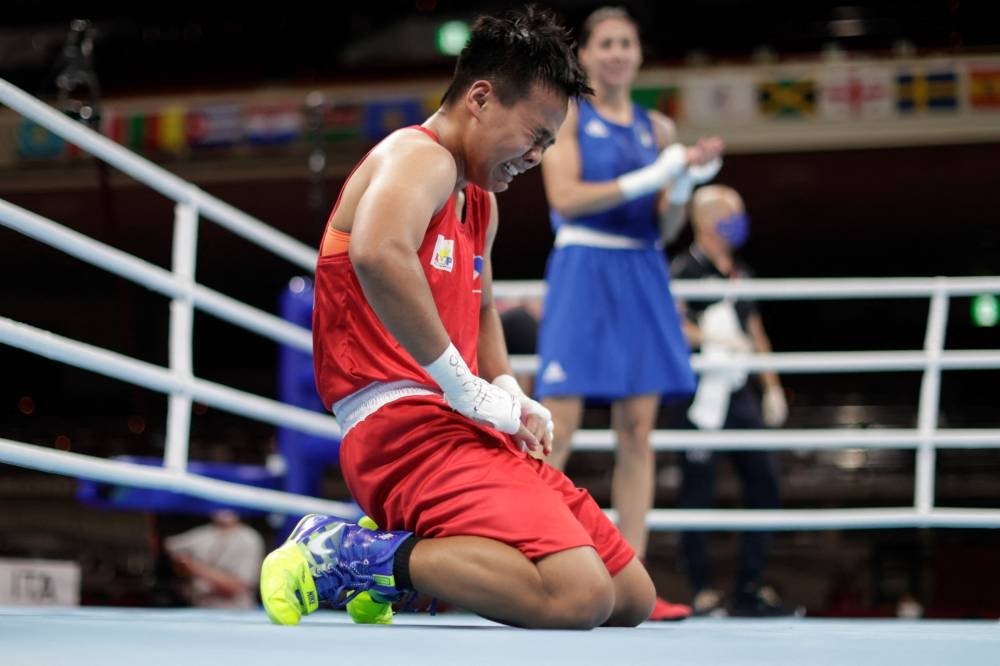 Nesthy Petecio continues to march deeper into the Tokyo Olympics with a majority decision win in the women’s featherweight semifinals on Saturday at the Kokugikan Arena.

The fighter from Sta. Cruz, Davao del Sur outpointed Irma Testa of Italy, 4-1, to advance to the gold medal fight.

Four judges scored the fight 29-28 in favor of Petecio and one judge scored it 29-28 for the Italian.