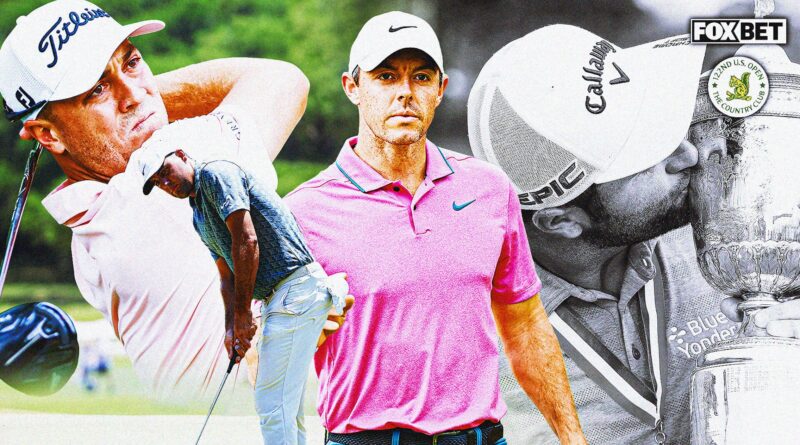 The 122nd U.S. Open begins Thursday at The Country Club in Brookline, Mass, and all eyes (for bettors, at least) will be on Rory McIlroy.

McIlroy’s game is on point heading into the Open. McIlroy posted a two-shot victory Sunday to defend his title at the RBC Canadian Open. As a result, his odds to win the U.S. Open shortened from +1200 to the pre-tournament favorite of +1000 (bet $10 to win $110 total).

Let’s take a look at the odds for the U.S. Open and some best bets from our expert at FOX Bet.

For more, from gambling-friendly schedules featuring live, updating odds to expert analysis and the day’s most-bet games, check out the golf section on the FOX Sports App and FOXSports.com!

McIlroy as the favorite makes sense due to his recent win and past success in the majors. He won the 2011 U.S. Open at Congressional Country Club in Bethesda, Md., among his four major victories.

Justin Thomas and Scottie Scheffler round out the top three favorites, both sitting at +1200 to win the event. Jon Rahm, last year’s champion, starts the week at +1400 to win it all.

“Rahm did not play last week at the Canadian Open but is coming off a 10th-place finish the week prior at the Memorial,” Brossman said. “The long rough that surrounds the minuscule greens at Brookline will punish golfers who miss them — Rahm ranks first in Greens in Regulation percentage.

“Rahm has not been as good with the putter this season — 76th in Strokes Gained: Putting — but has been consistent in avoiding costly three-putts, which will come in handy on fast, sloping greens.”

For bettors looking for value picks, Brossman likes Sungjae Im, the 2019 PGA Tour Rookie of the Year, and Corey Conners, who tied for sixth at the Masters, to have good showings this week.

“Sungjae has been remarkably consistent this season, finishing in the top 10 more often than missing the cut,” Brossman stated. “Sungjae’s last five starts: T8, T21, T14, T15 and T10. He is a very solid ball-striker with few holes in his game. His driver favors accuracy over distance and, like Rahm, he is great at keeping it in the short grass — 29th in driving accuracy and eighth in Greens in Regulation Percentage.”

Conners has finished 21st or better in five of his past six events.

“His ball-striking should keep him in position off the tee — he’s eighth in Strokes Gained: Off-the-Tee — and put him in a position to hit small targets with his approach,” Brossman explained. “If Conners finds himself in the rough, I expect it will be in the shorter variety, closer to the fairway, where he ranks third in proximity to the hole. Like all golfers this weekend, avoiding the ankle-deep grass will be paramount to shooting a low score.”

Let’s take a look at the lowest betting odds for golf’s third major of the season:

So are you riding with McIlroy or Rahm to win the U.S. Open, or backing a long shot? Head over to FOX Bet to place your wagers now!