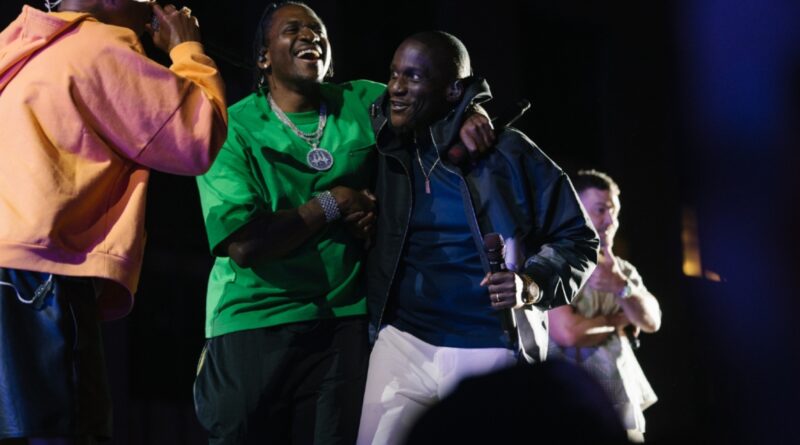 Pharrell and Clipse at Something in the Water Festival in Washington, D.C., on June 18, 2022.
Greg Noire

Pharrell Williams‘ Something in the Water Festival took over Washington, D.C., over Juneteenth weekend, with his all-star headlining set featuring Justin Timberlake, a reunited Clipse, T.I. and N.O.R.E.

A highlight of the night with Pharrell’s “Phriends” included Clipse (Malice and Pusha T) performing live together for the first time in years, bringing tracks like “Mr. Me Too,” “What Happened to That Boy,” “Cot Damn,” and “Grindin’” to the stage.

Meanwhile, Pharrell welcomed Timberlake to the show for “Senorita,” “Rock Your Body,” “My Love” with T.I., “Sexy Back” and “Like I Love You.”

Watch video clips from their Something in the Water appearances below.

The festival, which launched in 2019 and celebrates art, culture and music, took place June 17-19 and was produced by Redrock Entertainment and Live Nation.

Amazon Prime streamed the full fest on the Amazon Prime app and on the platform’s Twitch Channel.