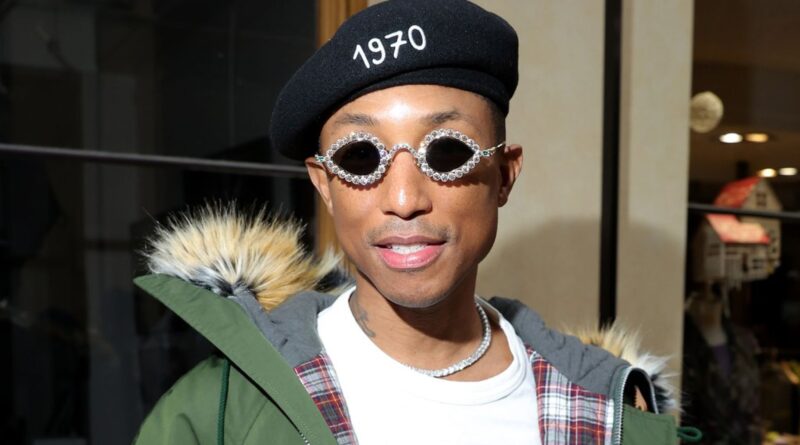 Pharrell Williams‘ Something in the Water Festival is officially underway.

The decorated panel members also led an interesting conversation around the importance of fostering and nurturing curiosity in our everyday lives, our homes, and our educational curriculum. During the hour-long forum, Williams exclaimed “that the educational system is not broken, but it is fixed, and it is our job to break it and redefine it to be beneficial for everyone.” Pharrell is hyper-aware of the lack of opportunities and unity in his hometown of Virginia Beach, Va.

“I slipped through the cracks and became successful, and YELLOW is helping create a system that provides an easier path to success,” the Grammy-winning artist said.

Something in the Water Festival is a three-day experience celebrating culture, art, education and music. The Redrock Entertainment and Live Nation-produced festival is in the heart of Washington, D.C., on Independence Avenue. The event begins on Friday (June 17), with performances by Justin Timberlake, a reunited Clipse, N.O.R.E, Q-Tip and SZA among the special guests.

Although the celebration of music has moved from the 757, Williams was sure to include his beloved hometown in this year’s festivities. The highly anticipated event comes on the heels of Pharrell’s latest single “Cash In Cash Out,” featuring 21 Savage and Tyler, the Creator.

Billboard spoke with Williams about the reasoning behind Something in the Water moving from his hometown, the artist’s continued fight against racial injustice, and his admiration for Kendrick Lamar’s writing ability.

There’s been a lot of discussion surrounding Something in the Water moving from your hometown of Virginia Beach to Washington, D.C. Is there any chance that the festival might move back to Virginia Beach in the future?

That is a great question, but one I cannot answer. That is only because I was disappointed with how the local municipal government handled the loss of my cousin’s life. It is one thing for the officer to make a mistake, but it is another to follow up the way they did. I did not feel as if there was enough love, respect, and reverence for his life. Him being a fellow Virginian, his life and the loss of his life should have been treated like anybody else’s. When we start seeing situations handled differently, not only with African Americans but with minorities in general handled differently, then coming back is something we can think about doing again.

It’s also serendipitous too because we did this during Juneteeth weekend right on Independence Blvd. We had to do it there because we worked really hard with the governor at the time in Virginia to have Juneteenth become a state holiday. Then shortly after, the federal government followed suit. If the city was acting up back home, we got to continue because it was always a Black solution to a systemic problem.

The give back is in the leave behind of the festival. It is not just D.C.; the 757 is benefitting, and we brought the city with us to the festival. Everything happening around this festival up here and back home in the 757 is possible because of the activation of the people. It is the people who are powering this event.

You mentioned that the goal of Something in the Water Festival is to ease racial tension and unify the region as a whole. How can festival-goers help continue to support these efforts going forward?

Aye! Act accordingly. This is about all of us, not just me. It is the whole DMV. We need Maryland, my beloved Virginia, and D.C. Virginia is the reason all of this started.

Your newest song “Cash In Cash Out” features two of the biggest acts in hip-hop. Can you tell us how the surprising collaboration came about?

[Starts singing the song’s hook] Man! It was just like what are the most combustible forces I could put together. Starting with that beat, 21 Savage and Tyler, it’s like alchemy. I tried to find the most combustible equation for that, and that is what you are hearing. It’s streaming like a river right now, so we are grateful!

Your fingerprints have been on a few Billboard chart-topping albums this year, including acts like Pusha T, Jack Harlow, and Kendrick Lamar. You even recently mentioned that Kendrick is one of the greatest writers of our generation. Can you speak to his growth from good kid, m.A.A.d city to his latest effort on Mr. Morale & The Big Steppers?

The evolution of Kungfu Kenny is different. He’s just different. When you look at the fact that he was awarded a Pulitzer prize, it’s different. Rap is an amazing art form, but it is more to it. When you mention someone like Jay-Z, it is more to it than just the art form. These men intend to share the codes in a very different way. They are doing more than just rhyming to a beat and creating melody and hooks. There is a great cultural intention there, and anyone who listens to those words will understand.