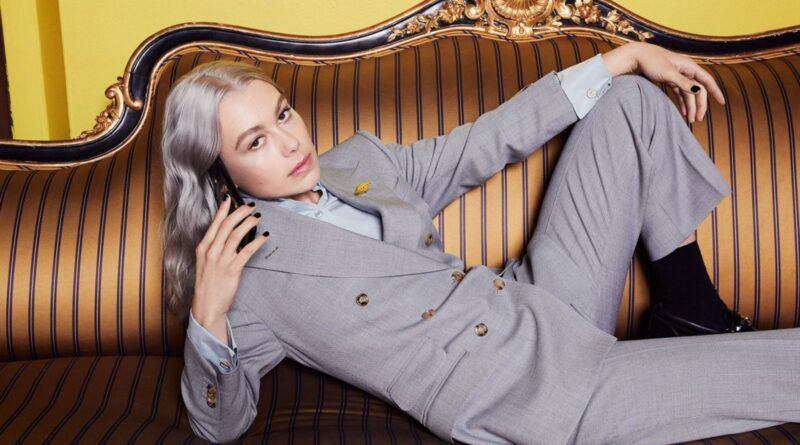 The frontman’s cameo during Bridgers’ set was a short, but sweet one.

Phoebe Bridgers photographed on October 12, 2021 at the Paramour Estate in Los Angeles.

Making a stop at the O2 Academy Brixton as part of her Reunion Tour, Bridgers performed songs from her second and most recent studio album, 2020’s Punisher. At the end of her show’s main set, she always plays the record’s fittingly-titled closing track — which is padded with her own screams on the original recording.

In concert, she gets help from her band to provide the screams — and Tuesday night, it was Healy who stepped up to the plate. In fan-recorded videos, the “Somebody Else” singer emerges for just a few seconds to yell with full force into a microphone as Bridgers runs around onstage playing guitar, eventually falling to her knees next to Healy. When he’s done, he casually walks without acknowledgement back offstage before the song is even over.

The “Motion Sickness” singer previously collaborated with Healy on The 1975’s “Jesus Christ 2005 God Bless America,” a track from the band’s most recent album Notes On A Conditional Form. The band is now gearing up to release its fifth studio album Being Funny In A Foreign Language, scheduled for Oct. 14, and released the record’s lead single “Part Of The Band” earlier this month. A second single, “Happiness,” is due out Aug. 3.

Watch Matty Healy accompany Phoebe Bridgers on stage for “I Know The End” below.