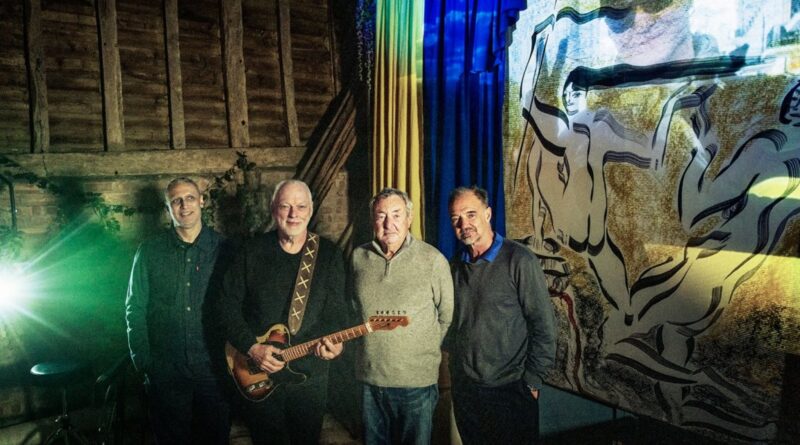 LF System is chasing a third week atop the U.K. singles chart, while Pink Floyd is eying a first Top 20 appearance in 42 years.

Now, following the rollout of physical copies, the track blasts to No. 18 on the First Look survey, which ranks singles based on sales and streaming activity in the early phases of the chart week.

If it keeps its momentum, Pink Floyd will have their first Top 20 appearance since “Brick In The Wall” led the chart in 1979, their only U.K. No. 1.

The new release is in support of the people of Ukraine in the midst of the ongoing unprovoked war launched in February by Russian dictator Vladimir Putin. It features Floyd’s David Gilmour (guitar/vocals) and Nick Mason (drums), joined by longtime bass player Guy Pratt and Nitin Sawhney on keyboards, as well as guest vocals by Andriy Khlyvnyuk of the Ukrainian band Boombox.

Meanwhile, David Guetta, Becky Hill and Ella Henderson’s “Crazy What Love Can Do” continues to rise. The dance track is on the brink of its first Top 5 appearance, after Hill performed it last week on the U.K.’s reality TV series, Love Island. “Crazy” is up 8-4 on the chart blast.

Henderson is also set to appear a second time in the Top 10 with “21 Reasons,” her collaboration with Nathan Dawe, up 10-9 on the chart blast.