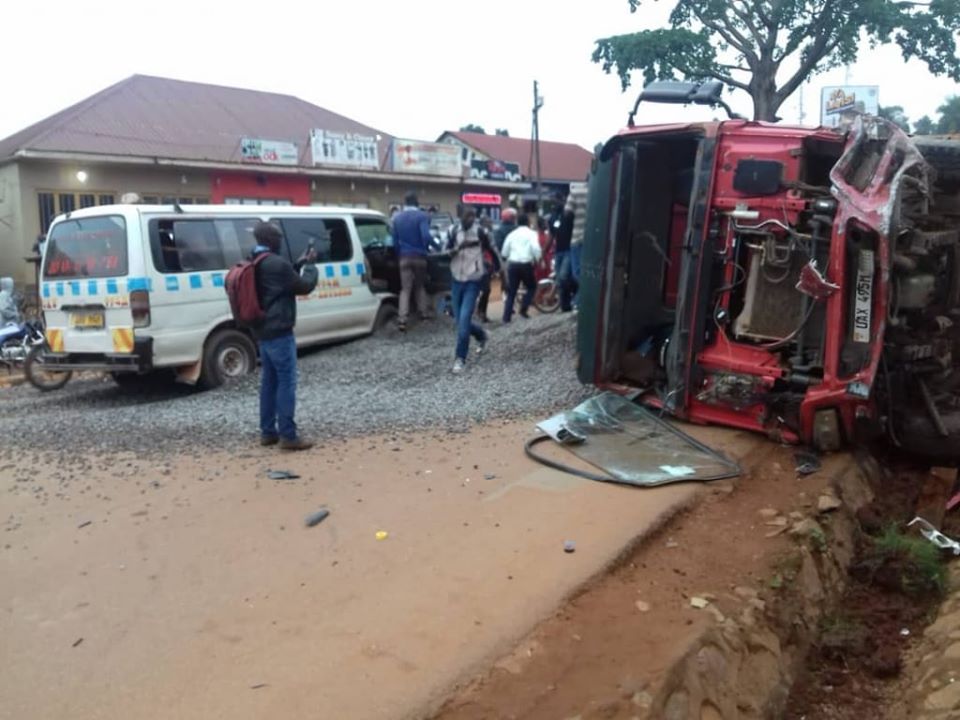 Police has released a report about the Ntinda accident.
“Today at around 8:30am along Ntinda Kiwatule Road, a Sino truck registration number UAX 495M rammed into vehicles, eight people have been confirmed injured and one person dead.” Says Police.

The deceased has been identified as Matovu William, 32, a rider, who succumbed to injuries he had sustained during the accident at Kampala Independent Hospital.

The vehicle that is alleged to have caused the accident rammed into nine vehicles and two motorcycles.