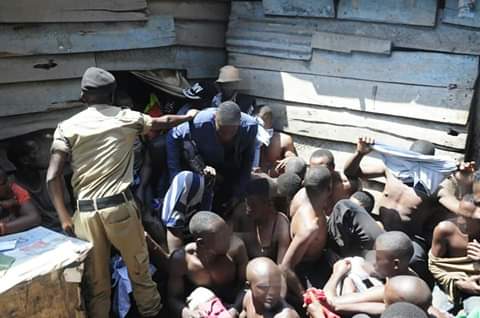 Police has arrested hundreds of suspects ahead of Women’s day celebration. This follows a mission by police carried out around the Kampala Metropolitan area which led to the arrest of hundreds of children and adults.

In Kisenyi was a house where children were allegedly being trained to do illegal acts.

Below is an official statement by Deputy Spokesperson, Kampala Metropolitan Region, Luke Owoyesigire.

Yesterday we had intelligence led operations which led to the arrest of 449 suspects in areas of kisenyi, katanga and other areas in the central business district . We made a number of recoveries including drugs, Breaking implements and Knives.