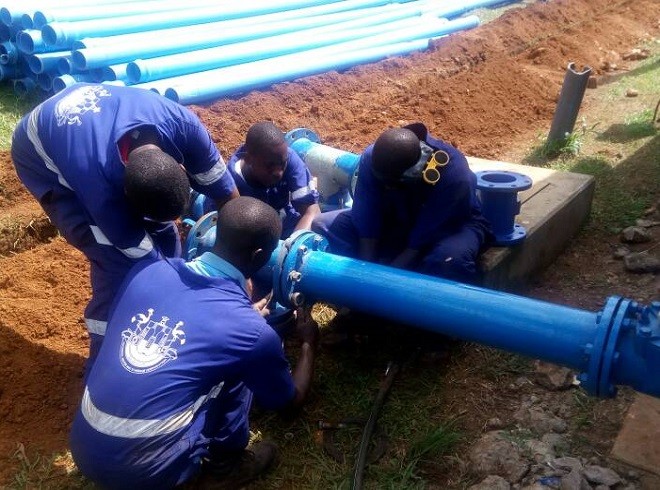 National Water and Sewerage Cooperation(NWSC) with help from police has in Mukono has arrested a one Geoffrey Wasswa over impersonation.

The arrested is a citizen of Kigombya in Mukono who was arrested after he went to Major Andrew  Bakimbiga’s home in Kigombya to survey and connect him to the water system.

Major Andrew says ” Wasswa called me and said he works for NWSC , I have been sent to survey your home so that we can give you water, I  went back home  he gave me the papers”

Andrew however says he never saw Wasswa’s Identity card prompting him to go to NWSC offices where the area manager,  Adams  proved that they have arrested Wasswa several times over the same case but he is always released.  Adams adds that Wasswa follows the NWSC field team  and that’s how he manages to know which people need their services and hijacks them.

Wasswa Geoffrey says he was a worker of NWSC but he left due to corruption” He however pleaded for forgiveness from NWSC. Several people reported to Mukono police to get Wasswa refund the money that he got from them in the same manner.