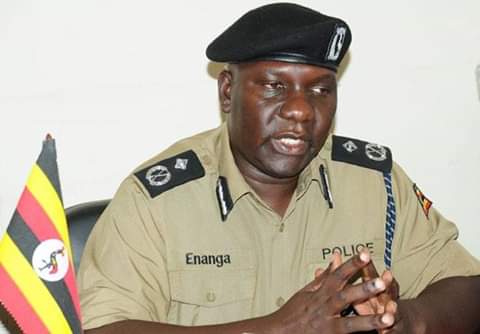 Police is investigating a gruesome murder of a boda boda rider, by two un identified male robbers, who posing as potential clients, attacked, strangled and repeatedly hit him with a stone to the head, killing him instantly. They immediately after, stole his motorcycle and fled from the scene.

The incident, which occurred on 29th June 2019 at round 0400 am, at Kakeeka Zone, Rubaga Division, in the Kampala district, was captured on the CCTV cameras of a nearby nursery and primary school. It was retrieved by the police and widely circulated for the public to help in the identification of the two male suspects. The body of the deceased was transported to the city mortuary for further post-mortem examination.

“At the moment, our cyber forensic experts are analyzing the CCTV footage for facial recognition and formal identification of the suspects, as well as the registration number plates of the stolen motorcycle. We are also engaging managers of all boda boda stages, whose members could have disappeared or anyone that might have knowledge about a missing rider or the two male suspects, to contact police.” Says police.

According to police, additional teams from the Homicide and Flying squad departments, have been dispatched to Old Kampala Divisional Headquarters, to assist in identifying the suspects and tracking them down for arrest.

Police reminded all boda boda riders, of continued threats against them, of robbers posing as potential clients. These have also been urged them to avoid late night transactions, avoid carrying more than one passenger and to share trip details with colleagues.