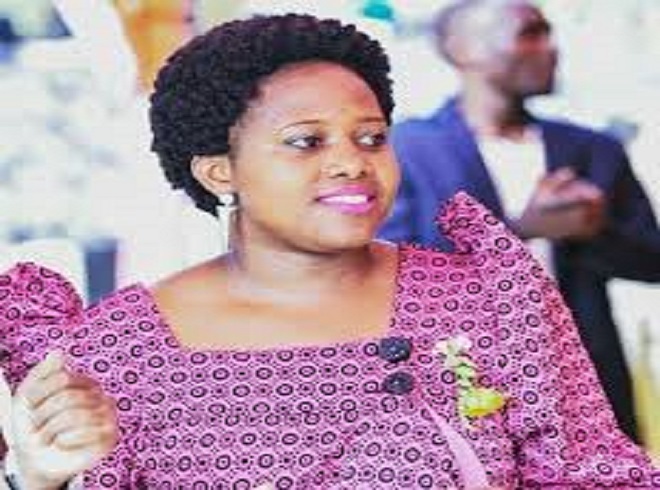 The police has come out and announced a sum of 100M to be rewarded to anyone that can recognize the voice of the person speaking on phone to Susan Magara’s family on phone following her murder.

Magara, 28, an administrator at a family business owned by her dad, John Magara in Hoima was kidnapped by unknown people on her way home in Lungujja, Lubaga Division at around 9pm.

The kidnappers who captured Susan as she headed for gym demanded a Shs3 billion from her family before they murdered her. It was on Tuesday morning when Magara’s body was discovered dumped 100 metres from the Kampala- Entebbe Express highway at Kitiko which is between Kigo and Kajjansi in Wakiso district.

Addressing journalists at the police headquarters in Naguru, the police director in charge of Oil and Gas Abas Byakagaba, announced that one hundred million shillings will be paid to anyone with information leading to the arrest of the killers.

“We have the audio of a person speaking but we have not yet identified the person. We appeal to Ugandans who can help us put a face to the voice to come forward. Whoever is able to identify the voice from the phone recordings will be rewarded sh100m.” He said 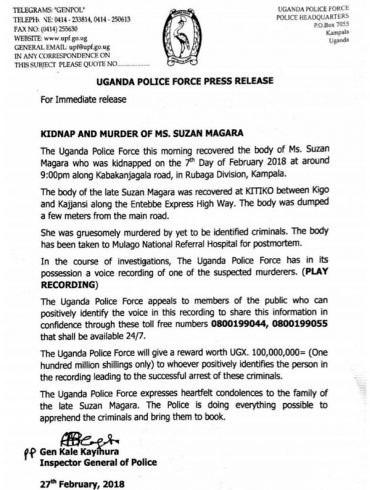 Listen to audios below: