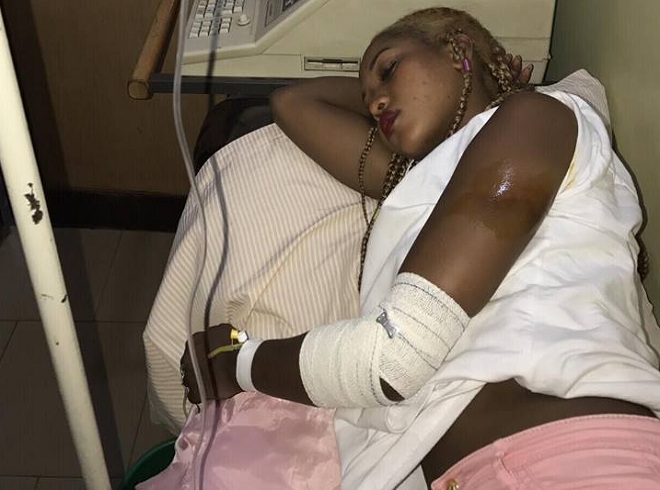 Police Reveals Why Spice Diana Was Beaten as she stays mute about it,risks imprisonment.

Days after singer Namukwaya Diana aka Spice Diana revealed how police thumped her and her manager; Lubega Roger, police has comeout to give its side of the story.

Overtime, Spice has been reluctant on telling what sparked off the beating. However Kampala Metropolitan police spokes person Emilian Kayima has come out to reveal the exact reason(according to police) why the diva was beaten.

Emilian says Spice Diana defied security rules by refusing to pass through the security metal detector. On top of this Emilian says, Spice Diana continued to slap the police officer in charge.

He further adds that Spice Diana, together with her manager will be charged with blocking police officers on duty after thorough investigations. The two will thereafter be dragged to court.