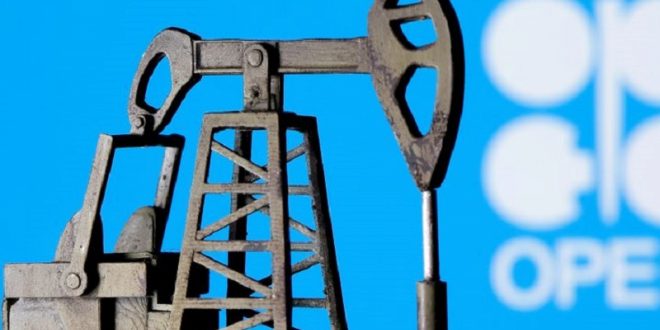 Precious Metals & Energy – Weekly Review and Calendar Ahead By Investing.com 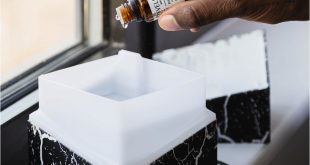 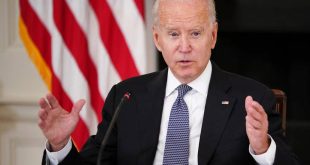 Investing.com — The oil bull is unhinged, as much as the crude bear was 15 months ago.

Back then, it was to drive the market down as much as possible, and that did happen, taking it to minus $40 per barrel for U.S. crude. Now, of course, it is to take it the other way – and that has happened too, with the market rising more than 50% on the year to just shy of $75 a barrel on Friday.

That said, neither super-low nor super-high oil prices are good for the world.

Dirt-cheap oil prices can destroy economies that depend almost entirely on the so-called black gold commodity. Think not just of Saudi Arabia and Russia here or the combined forces of the 23 nations under OPEC+. Think also of the United States, which has always been an oil producer while being the No. 1 consumer as well. The U.S. was never a part of the Organization of the Petroleum Exporting Countries cartel led by the Saudis. Until last year’s coronavirus outbreak, it was also the world’s top producer, thanks to the shale oil and fracking boom.

The pandemic devastated the coffers of countries that produced oil. It also severely disrupted the finances of companies involved in almost every aspect of upstream and downstream work in the industry. Most importantly, it brought to a complete halt investments in E&P, or exploration and production, that’s vital to the security of future oil and gas supplies.

The freeze on E&P can have untold ramifications for the world once the low-demand period for oil ends and high, or even regular, consumption kicks in.  For one, production cannot be ramped up overnight, given the gestation period between exploration and when first oil is struck.

Also, the “hangover” from low oil prices can slow the transition to “Drill Baby, Drill!” This is what is happening now in the Permian, the largest U.S. shale oil basin. Shale drillers, burnt again and again from overproduction, refuse to go back to their old ways. Even if they wished, their shareholders would not allow it, punishing them with severe share price corrections each time they utter higher output plans. Thus, U.S. production is stuck at 11 million barrels daily, unable to rise meaningfully, let alone return to the pre-pandemic world record of 13 million. Finally, the Biden administration’s goal of expanding green renewable energies over fossil fuels has contributed to the perfect storm against higher oil and gas production.

While output cannot grow quickly enough, demand is just starting to explode. With the U.S. national vaccination rate against the Covid-19 nearing 50%, and social distancing and other pandemic protocols discarded in almost every of its 50 states, Americans are rediscovering their wanderlust — and boosting gasoline consumption in the process. U.S. airport security is clearing up to 2 million people a day, the first time since March 2020 – meaning flights and demand for jet fuel are spiking too.

The price of oil rising week after week – New York-traded WTI has risen a net 17% over the past five weeks and London’s Brent’s 15% – exacts a greater toll on the world than the negative impact of it falling. Why? Because oil is the commodity that literally moves the world. And when it rises, the cost of everything else goes up, leading to worldwide inflation. History has shown that high oil prices don’t recycle well through the economy and spikes in oil prices tend to be associated with recessions.

The Paris-based International Energy Agency, which looks after the interest of Western oil importing nations, has urged OPEC+ to start tapping its spare production capacity to bolster supply.

Major consumers such as India, the third largest oil importer, have been imploring Saudi Arabia for months to raise production. In the U.S., the world’s largest destination for oil, pump prices of are already at 7-year highs above $3 per gallon.

Even Saudi Oil Minister Abdulaziz bin Salman surprised many by acknowledging on Thursday that crude prices may have risen too much, too fast. “We have a role in taming and containing inflation, by making sure that this market doesn’t get out of hand,” he said on Thursday, a week before the upcoming OPEC+ meeting on July 1. One only wonders if he’s sincere with his worry over global inflation and will increase the group’s output by at least 500,000 barrels per day in August for its third hike since the start of this year.

Oil bulls, in the meantime, are pressing ahead, reveling in Iran’s missing this week of a deadline to renew its temporary atomic-monitoring pact with international inspectors. The review is key for ensuring Tehran gets an agreement with global powers to remove U.S. sanctions on its oil exports.

Data on Friday also showed crude stockpiles in China at February lows, meaning the world’s second largest oil importer would probably have to stock up more, to the delight of oil bulls.

Much will depend on whether the Saudi oil minister, alternatively referred to as AbS by his initials, will allow an OPEC+ output hike large enough to cool the market. Since he came to office a little less than two years ago, each AbS-chaired meeting of the oil cartel began with calls for significantly higher production quotas. He deftly shot each one down, reminding the output hawks in the group that there’s something else more important: the price of oil itself. And, of course, demand and market share.

As a result of AbS’ efforts, compliance to Saudi-led production cuts in OPEC – a group often known for overpromising and under-delivering – has reached an unbelievable 122% (the additional 22% means they are over-delivering by that much now, though a huge portion of the total cuts come from just one source – Saudi Arabia itself).

AbS’ determination in holding onto cuts – OPEC+ is still withholding almost 6 million barrels of its daily capacity from the market – is evident from the mantra he recites each time he’s asked whether he’s happy about oil demand: “I will believe it when I see it.”

Yes, despite global inventories back at five-year seasonal trends; despite the market virtually draining all the excess supply from the COVID-triggered glut; despite U.S. drillers pumping 2 million barrels less per day now than before the pandemic; and despite a barrel trading three times higher today than 15 months ago, the Saudi minister is still not convinced about oil demand.

Counting on the Saudi minister to help reduce oil prices meaningfully while his actual job is to do the opposite, is akin to giving a fox responsibility over a barn of chickens. But the world has no other choice for now, as long-only speculators in oil will not stop what they are doing.

Goldman Sachs (NYSE:) estimates the market is running a deficit of 3 million barrels a day and has predicted a Brent price of $80 next. Not to be outdone, Bank of America (NYSE:) has forecast $100 a barrel, which has become the latest clarion call for bulls. These Wall Street trading behemoths are responsible as much for the inflation in oil by repeatedly egging the market toward their forecasts with cherry-picked research that help their calls to become self-fulfilling prophecies.

Some are blaming the Federal Reserve for the mess, saying its penchant for “printing its way out” of any crisis with indiscriminate stimulus and bloating of money supply is finally catching up with the U.S. central bank. Perhaps, but the Covid crisis was an extraordinary contingency that demanded extraordinary responses. Some of the voices critical of the Fed are saying that hedging in oil is one of the best strategies for investors now as their portfolios will be shielded from dollar devaluation by a solid commodity. I’ll say there’s an even better commodity built for that: gold. Higher gold prices do not hurt the global economy the way oil prices do.

At some point, consumers are going to lose their patience with soaring oil prices. Under extreme circumstances, humanity finds extreme solutions. The pandemic was a textbook example, with world oil demand grinding to a virtual halt, bringing OPEC to its knees. A year from now, if 50% of the working population goes back to telecommuting because of high oil prices, what do you think will happen to the market?

Also, to the imbeciles calling for $200 oil, remember what $147 did to the global economy in 2008. Perhaps their rationale is ‘I’m going for the kill now, to hell with what happens tomorrow!” This reminds me of a classic scene from the 70s’ “Saturday Night Fever” when protagonist Tony (played by Travolta) expresses his dismay with his boss for refusing his plea for an advance, with the senior man saying he was acting out of conscience for his young employee’s future.

Gold clinched on Friday its first weekly gain in four and since its unceremonious fall from $1,900 levels. But the difference was hardly something for longs in the yellow metal to crow about.

It was woeful previous three weeks for gold longs who watched miserably as the benchmark futures contract in gold cascaded from five-month highs of just over $1,919 to a seven-week low of just above 1,761 at one point. That was a loss of almost $160 or more than 8% in just four weeks.

Conviction has become a rare commodity in gold as the average long investor tried to stay true to the yellow metal through its travails of the past six months.

Since January, gold has been on a tough ride that actually began in August last year — when it came off record highs above $2,000 and meandered for a few months before stumbling into a systemic decay from November, when the first breakthroughs in COVID-19 vaccine efficiencies were announced. At one point, gold raked a near 11-month bottom at under $1,674.

Lately, gold also hasn’t lived up to its billing as a hedge against inflation, or the best store of value in times of financial or political troubles.

The key U.S. inflation gauge monitored by the Federal Reserve rose for a third month in a row in May while personal income and consumer sentiment fell, according to data that demonstrated growing price pressures against weaker buying from Americans.

Cumulatively, that did bunk for gold, as most data on inflation and other insecurities have over the past few months.

“Gold will likely continue to stabilize going forward as the majority of Fed Chair Powell’s policymakers agree with him that inflation will be transitory,” Ed Moya, analyst at online broker OANDA, said.