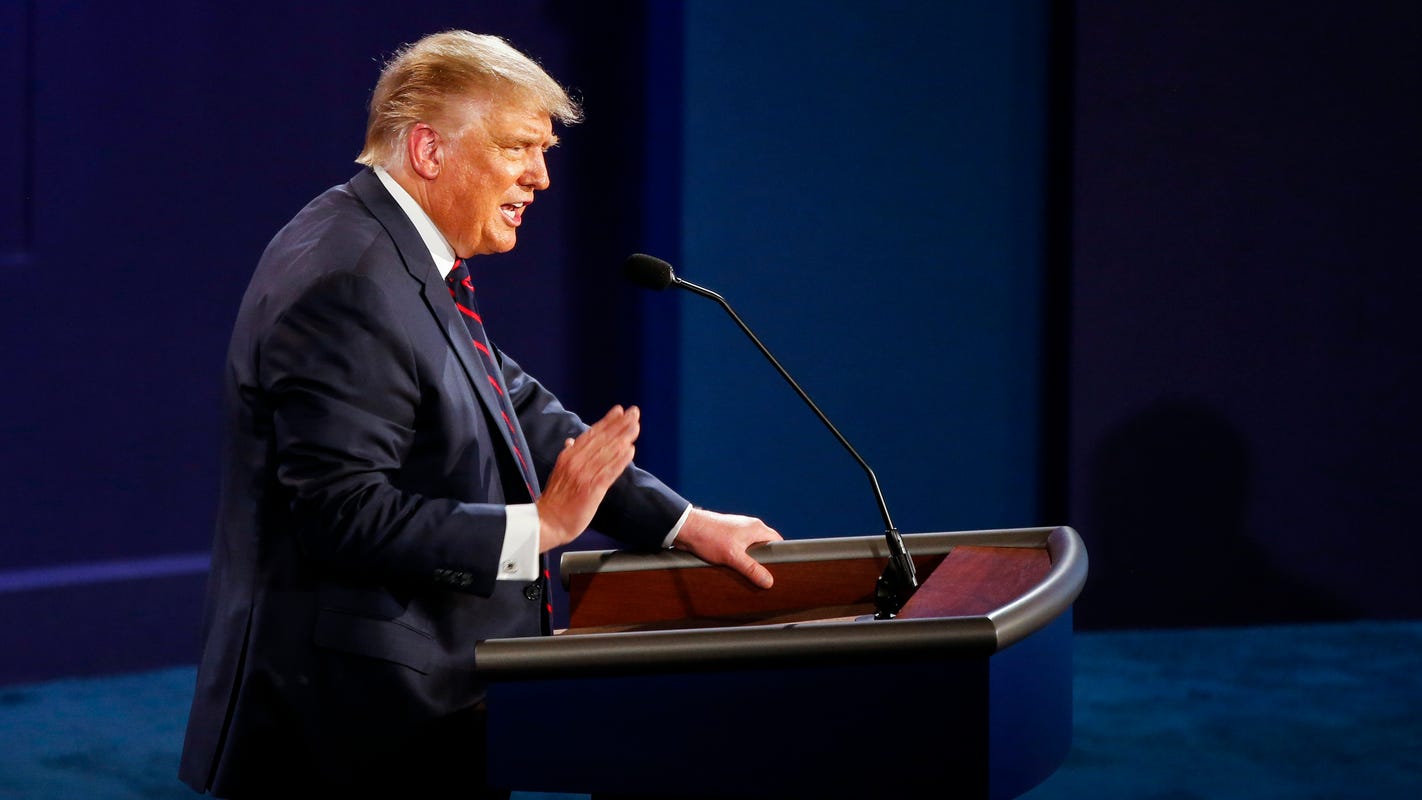 Sports Pulse: After a call with Big 10 commissioner President Trump is taking credit for their return

President Donald Trump, during the 2020 presidential debate, took credit for the return of fall football in the Big Ten.

While discussing the economy Tuesday night, Trump said he is the reason Big Ten football reversed its decision to postpone fall sports due to the coronavirus pandemic.

“By the way, I brought back Big Ten football,” he said. “It was me, and I’m very happy to do it and the people of Ohio are very proud of me,” before moderator Chris Wallace attempted to move the conversation back to the debate topic.

The Big Ten announced on Sept. 16 that it would start its nine-week season on Oct. 23.

On the day of the decision, Trump tweeted, “Great News: BIG TEN FOOTBALL IS BACK. All teams participate. Thank you to the players, coaches, parents, and all school representatives. Have a FANTASTIC SEASON! It is my great honor to have helped.”

Although Trump took to social media on several occasions to announce his support of Big Ten football reversing its decision, according to one person with knowledge of the discussions between the White House and Big Ten league officials, the league never requested or accepted any resources from the White House. Big Ten officials directed credit to its medical advisory board for the plan created to safely bring back football for the fall.