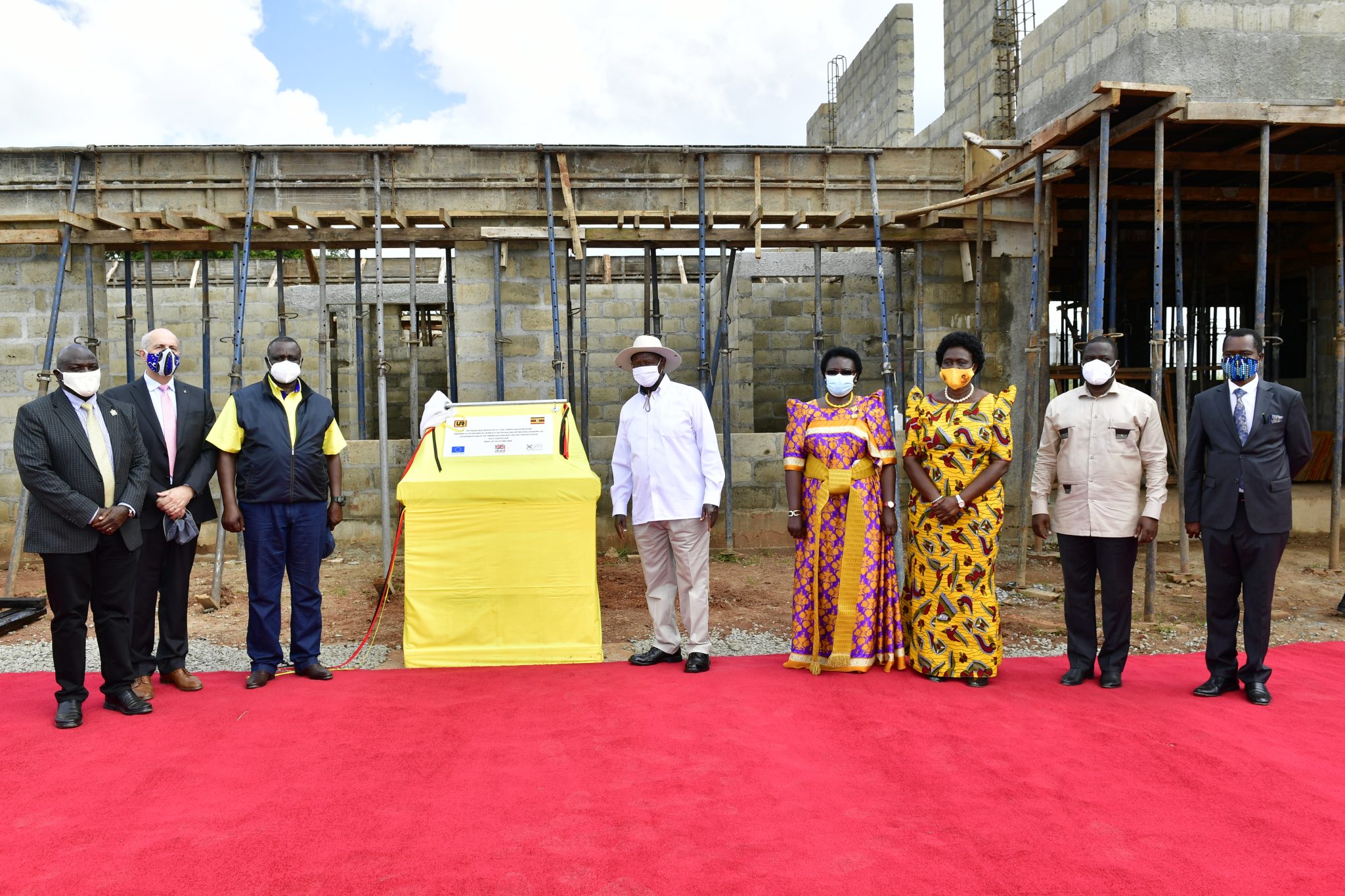 With support from European Union (EU) and the UK`s Foreign and Commonwealth Development Office (FCDO), TradeMark East Africa together with Ministry of Works and Transport and Uganda Railways Cooperation commenced construction in March 2020 of Euros 7.76M (about 33 billion Uganda Shillings) Trade Logistics Hub in Gulu, a move expected to stimulate trade in the region. The project is expected to be completed within eighteen months. Already, 25 percent of the construction has been completed.

The Gulu Logistics Hub is expected to contribute to reduced barriers to trade for both Northern Uganda and the neighbouring countries of South Sudan and the Democratic Republic of Congo. The Gulu Logistics Hub (GLH) will serve the trade corridors of Kampala – Gulu – Elegu/Nimule – Juba Trade Corridor; and Gulu – Pakwach Goli/Pader/Lira/Vurra DRC Trade Corridor. The hub will be able to handle more than 500,000 containers at a time.

The logistics hub is located on a 24.1 acres piece of land in Layibi division, Gulu Municipality and was allocated by the Uganda Railways Corporation. The hub is located adjacent to the current Gulu railway station and connects to the main roads to South Sudan and Kampala.

Major features of Gulu logistics hub in Uganda will include container and break-bulk, handling and storage facilities, space for stakeholders dealing with freight transport (freight forwarders, shippers and transport operators) and the provision of accompanying services such as customs inspections, tax payment, maintenance and repair, banking and information communication technology.

Following the ground breaking, President Museveni noted that the entire infrastructure such as roads, railway, logistics hub, and electricity that is being established in Northern Uganda and the rest of the country is for making it easier for Ugandans to travel and also make it cheaper for them to do business.

“We have invested massively in the road network. The roads are for small cargo and that is for the short term. The real medicine to cargo transportation is the railway. When you transport cargo by road, it becomes very expensive. Transporting a 40 ft. container from Kampala to Mombasa by road using a lorry would cost USD 3600. But, if you transport the same cargo by railway, you spend about USD 1800, which is almost half when compared to road transport,” President Museveni said, adding;

“This reduction in transportation costs by almost half is when you are using the old (metre gauge) railway line.  If we are to use the new Standard Gauge Railway (SGR), it will be much cheaper. We have already worked on the roads. We are now repairing the old railway and establishing more infrastructure. We will also do the new railway (SGR).”

The EU Ambassador to Uganda, Attilio Pacifici, commented: “The Gulu Logistics Hub will help in the consolidation and exportation of the goods produced from the value chains in Northern Uganda, and will also facilitate the importation and distribution of goods within Northern Uganda for the transformation and improvement and those value chains. The works on the Logistics Hub are scheduled to be completed by the end of 2021, but progress for the Government to build a 2km access road to the Hub remains uncertain. It would be a pity to have the whole project delayed by a simple access road, especially if the Hub is ready to operate next year as planned.”

Andrew Ockenden, the  Development Director for the British High Commission in Kampala noted in a recorded video that; “The UK is committed to co-fund this multi-modal transport and warehousing project that will improve the capacity of transport and infrastructure in northern Uganda. It will also serve the export markets of South Sudan and DRC. The United Kingdom is committed to supporting trade and regional integrations agendas of Uganda and the East African community both through direct engagement and also through development programs like TradeMark East Africa. Like the government of Uganda, we understand that trade is central to Uganda’s development.”

TradeMark East Africa is proud to be supporting the construction of the Gulu Logistics Hub, one of the many projects under its second phase of implementation which includes Trade Logistics Clusters in Jinja & Busia, construction of the Goli/ Mahagi One Stop Border Posts (OSBP), decentralization of standards testing and Phase II of the Uganda Electronic Single Window.

These and other trade facilitation efforts remarked the acting Country Director for Uganda, Damali Ssali will “contribute to creation of additional employment opportunities as investors capitalise in the transport and manufacturing sectors and export growth. About 208,000 people are currently employed in the logistics sector in Uganda, a number that could rise to 522,000 by 2030. This project will certainly contribute to this.”

“Currently there is a significant imbalance of trade to South Sudan, Northern Uganda and DRC with very little exports coming from the region. To support exporters in the region, and to create new jobs and opportunities, we need a consolidation hub for exports, especially focussed on agricultural trade. The presence of such a hub would allow for better negotiating power of exporters with transport providers as exporters would be able to access several transporters all at the same location,” Damali Ssali explained.

According to a World Bank study – Uganda Diagnostic Trade Integration Study – importers in South Sudan and DRC keep supplies in bonded facilities in Kampala before bringing them into either country when needed.

However, with the assurances of shorter lead times, Uganda has seen transit volumes grow, which has led to the emergence of a distribution industry especially in Jinja and Kampala.

In essence, the operationalisation of the Gulu Logistics Hub will be a great relief to both traders and consumers as they will enjoy reduced costs of transportation and lower prices, respectively.