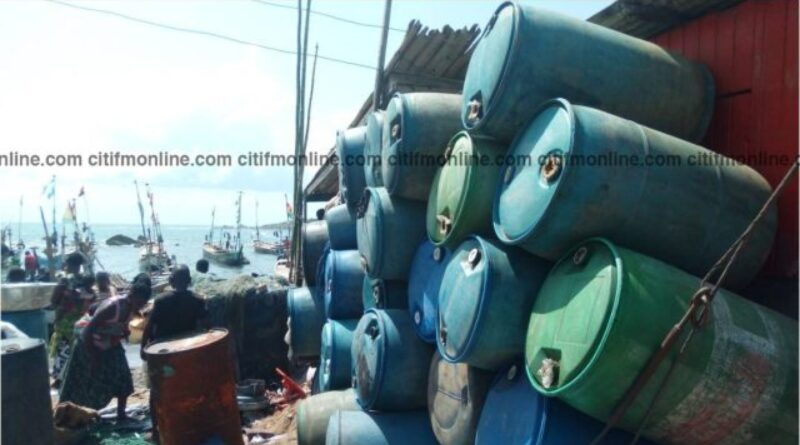 The price of premix fuel has been increased by GH¢15 from the initial GH¢10 and a gallon is now expected to be sold at GH¢25 per gallon across the various landing beaches in the country.

The increase according to the government has been necessitated by the increases in the price of crude on the international market.

The current increase in the price of the commodity according to the government is a result of the increasing cost of the product on the international market.

Nana Abrokwa Asare who is the administrator of the National Premix Secretariat said the government can simply no longer continue to bear the huge subsidies it gives to fishermen and other users of the product across the country.

Speaking in an interview with Citi News, Mr. Asare said the decision to increase the price was reached after consultations with the leadership of the fisherfolk and the NPA in collaboration with the Energy Ministry.

“Premix fuel as we know is highly subsidized by the government and the subsidy is as huge as 85 percent, so the government in recent times also experienced the challenges of having to catch up with the ever-rising cost of fuel on the international market, so we engaged the leadership of the fisherfolk to discuss the modalities that can help us improve the supply of premix fuel and one of the things that came up strongly were we considering a marginal increase in the price of premix fuel.”

Mr. Asare argued that the current increase will bring respite to the government and also improve the delivery of the product.

“It reduces the burden on the government, for the record, a gallon was being sold for GH¢10 when a gallon should have been sold for GH¢80 and so the government was incurring a debt of GH¢70 per gallon and so after sitting down and deliberating with the fisherfolks, we agreed that a gallon of premix should be sold for about GH¢30 but putting everything together in consultation with NPA and the Ministry of Energy, we came to a consensus that a gallon must be sold for GH¢25.”