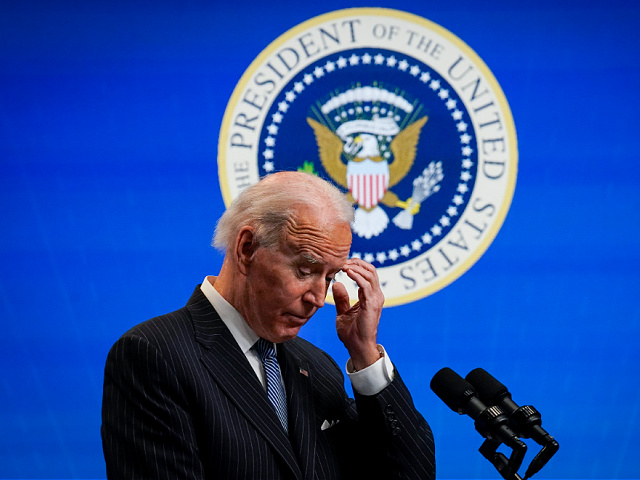 A prominent immunologist now regrets having voted for President Joe Biden during the 2020 election in light of his administration’s recently announced vaccine mandate.

In a tweet on Friday, Dr. Hooman Noorchashm described himself as a “McCain Republican” who immediately regretted voting for Joe Biden after his speech from the White House last week in which he characterized unvaccinated Americans as selfish, uninformed stalwarts that have ruined everything for everyone.

“I voted for Biden … As a McCain republican. It was an error and I now regret it. Last night’s chest beating press conference by [Biden] was one of the most destructive and divisive speeches ever given by a US president who claims 2 B a well-reasoned uniter, acting on science,” tweeted Noorchashm.

I voted for Biden….As a McCain republican.

It was an error and I now regret it.

Last night’s chest beating press conference by @POTUS
was one of the most destructive and divisive speeches ever given by a US president who claims 2 B a well-reasoned uniter, acting on science.

According to the consumer advocacy group Drugwatch, where he serves as a contributor, Noorchashm has held “positions at the University of Pennsylvania School of Medicine, Harvard Medical School, Thomas Jefferson University Hospital and the Philadelphia VA Hospital”:

Though Noorchashm has advocated for natural immunity, he has encouraged adults to get vaccinated while simultaneously opposing vaccine mandates.

If U R not immune & R an adult American, it is in your best interest & the best interest of your community & the nation to get vaccinated.

The risk of natural infection to U & to your community is vastly greater than the risk of vaccination.

Get Vaxxed, if not immune.

The ? remaining is whether the people of the United States will restrain government and private institutions from mandating vax in Americans who have pre-established acquired immunity!@SenRonJohnson? https://t.co/cNtx7hI1SA

LET ME BE CLEAR @POTUS:

To mandate vaccination of any COVID-recovered American against his/her will is unscientific, unethical and illegal!@WhiteHouse U have overstepped and are operating in dangerous territory when it comes to already immune Americans. Cease and desist!

During his speech at the White House on Thursday, President Biden announced that he will have the Department of Labor’s Occupational Safety and Health Administration (OSHA) mandate that private companies with 100 or more employees implement vaccine mandates or require negative tests. When announcing his mandate, the president frequently characterized the unvaccinated as selfish people who have made the pandemic worse, granting no exceptions to people who have been previously infected (natural immunity) or people in low-risk demographics: 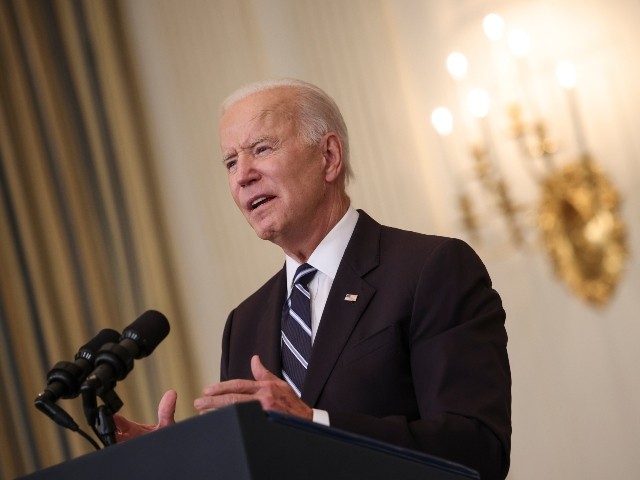 U.S. President Joe Biden speaks about combatting the coronavirus pandemic in the State Dining Room of the White House on September 9, 2021, in Washington, DC. As the Delta variant continues to spread around the United States, Biden outlined his administration’s six-point plan, including a requirement that all federal workers to be vaccinated against Covid-19. Biden is also instructing the Department of Labor to draft a rule mandating that all businesses with 100 or more employees require their workers to get vaccinated or face weekly testing. (Photo by Kevin Dietsch/Getty Images)

The president also directed his ire toward Republican governors opposing his vaccine mandates, vowing to “get them out of the way.”

“Right now, local school officials are trying to keep children safe in a pandemic while their governor picks a fight with them and even threatens their salaries or their jobs. Talk about bullying in schools,” Biden said.

“If they’ll not help, if these governors won’t help us beat the pandemic, I’ll use my power as president to get them out of the way,” he added.