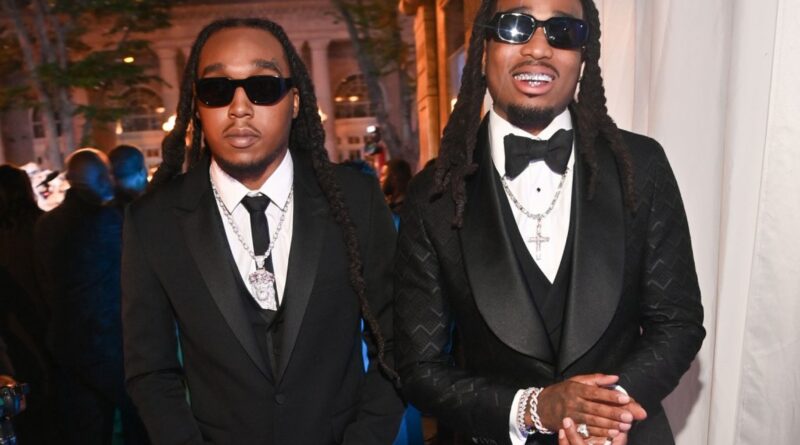 Takeoff turned 28 on Saturday (June 18), and to celebrate the occasion, Quavo bought him a $350,000 blinged-out chain from celebrity jeweler Elliot Eliantte, as reported by this publication.

According to the publication, each Migos musician has a matching version of the ice, which features all three members of the group with their own face in the middle of each respective chain.

Eliantte shared a video of the high-end piece to Instagram, with Takeoff himself commenting, “Don’t play ya self [laughing emoji] [‘rock on’ emoji] [rocket emoji].”

The opulent gives comes just a month after rumors began to circulate that the popular hip-hop group has split. Social media users noticed Offset and his wife, Cardi B, were no longer following Quavo and Takeoff on Instagram. Fans saw that Quavo also wasn’t following Offset. Takeoff, on the other hand, was still following Offset and Cardi.

When asked by this publication in May about the rumors, Quavo remained tight-lipped, claiming he had nothing to say. He went on to promote his and Takeoff’s collaborative single, “Hotel Lobby,” which released under the name Unc and Phew — without Offset, leading fans to believe even further that the duo had a falling out with the third Migos member.

In June 2021, Migos closed the doors on their epic Culture trilogy with the series’ third and final installment that included features from rap superstars including Drake, Cardi B, Future, Juice WRLD and Pop Smoke.

“It’s a chapter that needs to be closed, but the right way,” Takeoff told Billboard at the time. “You got Culture I, Culture II, and Culture III, and this is a great number to end off on.”