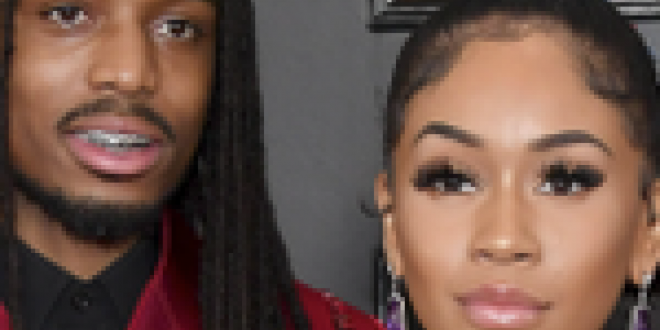 A physical altercation between Quavo and Saweetie that reportedly happened before their publicized breakup has been caught on camera and was released by this publication on Tuesday (March 30).

The footage captures their fight in an elevator, which this publication reported took place in a North Hollywood apartment complex that Saweetie was renting in 2020. In the video, Saweetie is seen taking a swing at Quavo while the elevator is open before trying to pick up an orange Call of Duty briefcase, which Quavo grabs as he drags her to the floor of the elevator. Saweetie appears to remain on the floor for the duration of the elevator ride, and although the video does not capture any audio, the rappers seem to exchange a few words as Quavo exits the elevator and props the door open with the orange case while waiting for her to hoist herself up off the ground and limp out.

Saweetie first announced she was single March 19 on Twitter, writing that she’d suffered “too much betrayal and hurt behind the scenes” and that being publicly showered with presents, from a Birkin to a Bentley, “don’t band aid scars and the love isn’t real when the intimacy is given to other women.” But she assured her followers that she’s walked away from the relationship “with a deep sense of peace and freedom.”