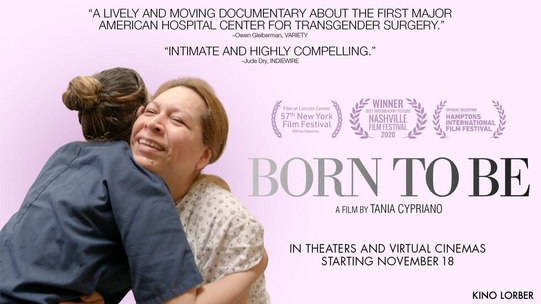 The 2020 edition was cancelled, as the organizers weren’t keen on running a virtual film festival in the warm summer months.

But, with the Indie re-opening for in-theatre screenings, Queer North jumped on board fast to set August dates. Queer North Film Festival is currently the only LGBTQ film festival in Northern Ontario.

Queer North spans four days, Aug 19-22, drawing crowds from across the region with film premieres, artist talks, socials that focus squarely on queer and trans-themed films and videos from Canada and around the world.

“Strike a Pose”, which made Hot Docs Top 20 Audience Choice list, opens the festival with a moving doc that follows Madonna’s dancers 25 years later, after the Blonde Ambition World Tour of 1990.

Also on the doc side is “Born to Be”, a look at the ground-breaking Mount Sinai Center for Transgender Medicine and Surgery in New York.

“Deux/Two of Us” was France’s official selection to the 2020 Academy Awards.

“I Carry You With Me”, a big winner at Sundance 2020, is based on true love. This decades-spanning romance begins in Mexico between an aspiring chef and a teacher.

In total, the festival will screen 10 film programmes — three are a compilation of queer and trans shorts from around the world.

In addition, Queer North’s big on social events that spill into downtown: the Thursday night opening party, Saturday dinner, and a Sunday brunch are encouraged activities. The festival is collaborating with Up Here happening the same weekend, to bring more cultural tourists to Sudbury.