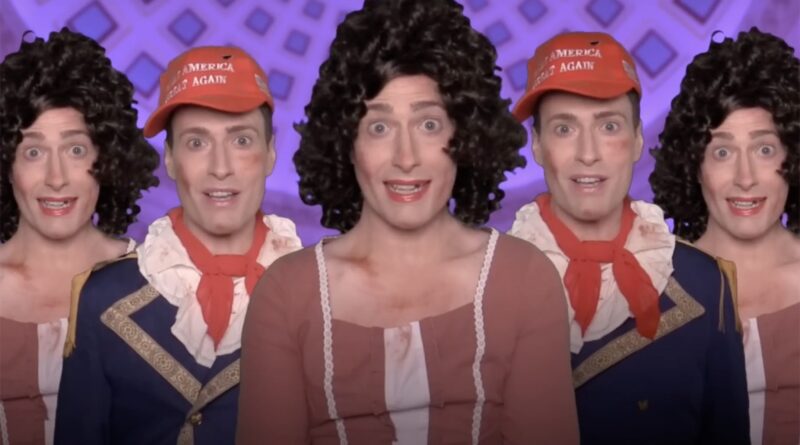 “Speaker of the House/ Cunning little chap/ Covetous, conservative and full of crap,” Rainbow sings of the embattled GOP leader.

It’s been over two weeks since Kevin McCarthy was (finally) elected speaker of the house after the longest contest to a speaker election in more than 150 years — and Internet sensation Randy Rainbow isn’t quite ready to move on from that bit of news.

On Monday (Jan. 23), Rainbow posted his latest parody video “Speaker of the House,” in which the star lampoons the embattled GOP leader for his repeated failures to get elected — and the concessions he had to make to finally get the job done.

Starting off as many of Rainbow’s parodies do, the video opens with Rainbow conducting a fake interview with the leader, introducing him as “barely elected Speaker of the House, Kevin McF—head.” As the comedian begins to simultaneously question and roast McCarthy (including drinking from a mug with a piece of paper reading “you’re a dumba–” taped to it), the music begins to kick in, leading us to another song from the viral star.

Performing to the tune of “Master of the House” from the seminal Broadway musical Les Miserables, Rainbow holds nothing back when referring to McCarthy as a “slimy, climby man-boy” and a “power-hungry whore,” while making sure to rub the politician’s nose in his recent pyrrhic victory. “Speaker of the house/ Cunning little chap/ Covetous, conservative and full of crap,” he sings. “Thirsty as a fish/ Quick to compromise/ Only took the motherf—er 15 tries.”

But Rainbow’s barbs are not only reserved for McCarthy — the singer also takes time to go after some of McCarthy’s opponents, his allies and other much-discussed members of the GOP. “[Lauren] Boebert doesn’t even know what state she’s from/ Marjorie [Taylor Green]’s a mess/ Matt [Gaetz]’s a ticking bomb/ [George] Santos says he’s Ariana Grande’s mom,” he sings.

Finally bringing the song to its exacerbated conclusion, Rainbow delivers a final “toast” to McCarthy: “Girl, I give you one more week/ Everybody lift a cheek to the speaker of the house.”

The video comes just ahead of the 2023 Grammy Awards on Feb. 5, where Rainbow’s debut studio album A Little Brains, A Little Talent is nominated for best comedy album against huge competitors like Dave Chappelle, Patton Oswalt, Jim Gaffigan and Louis C.K.

Check out Randy Rainbow’s full video for “Speaker of the House” above.