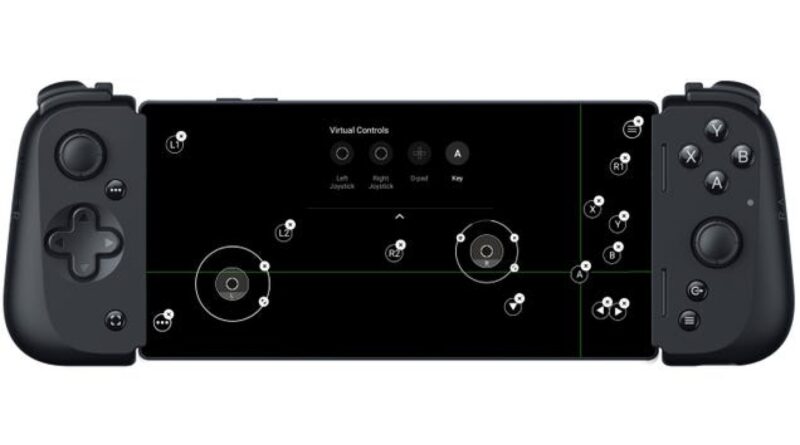 The Razer Kishi V2 is already an effortless way to upgrade your smartphone into a handheld gaming machine, but a new software update for both the Kishi V2 hardware and its accompanying Nexus app now makes the clamp-on controller compatible with games that only support touchscreen inputs. At least if you’re on Android.

Despite most smartphones packing processors that can easily outperform what’s included in many modern handheld gaming consoles, the types of games that can be enjoyed on a mobile device are severely limited by their now nearly complete lack of buttons. A touchscreen interface might be great for dragging virtual Solitaire cards around or launching angry avians from slingshots, but playing action games, such as first-person shooters requiring multiple on-screen button presses, is a less than ideal experience.

That’s why accessories like the Razer Kishi V2 can be advantageous, as they add physical buttons and joysticks to smartphones by clamping mini controllers onto each side of the device. The Kishi V2 can make an iPhone or Android smartphone feel more like a Nintendo Switch or a Valve Steam Deck, but usually only if a mobile game specifically includes support for a connected controller.

Some games are natively designed to be played with a touchscreen, while other titles may not have the resources to add support for physical controllers. For example, although Genshin Impact supports controllers on iOS, the Android version of the game is still touchscreen only. Previously, the Kishi V2 was useless in those scenarios, but a recent update to both the controller’s firmware and the Razer Nexus Android app has introduced a new “Virtual Controller Mode” feature.

Using the Razer Nexus app, the new feature allows players to now map physical buttons on the Kishi V2 controller to a game’s on-screen virtual controls, so when a button or the joysticks on the Kishi V2 is pressed, it passes along the input to the game as a touchscreen interaction. And it doesn’t matter where a touchscreen-only game positions its virtual controls—players can reposition and resize the mapping in the Razer Nexus app for individual games.

The Virtual Controller Mode feature is available now, but it currently only supports the Android version of the clamp-on controller, not the iOS model. Razer will also be bringing this new feature to its Razer Edge handheld, which should be available later this week.