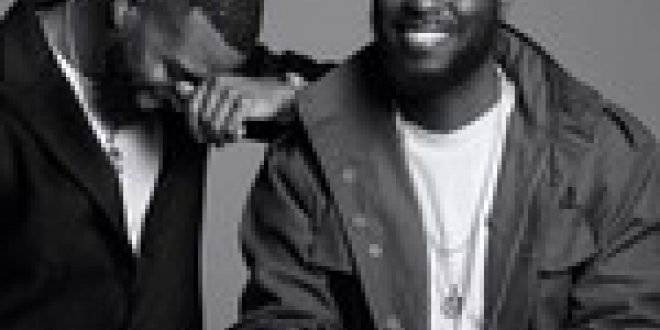 Toronto R&B power duo dvsn team up with singer Ty Dolla $ign and the late Mac Miller for an impassioned summer break-up song, “I Believed It.” Over the sample-driven Nineteen85 beat, Dvsn singer Daniel Daley’s buttery melodies and rappy cadences set the tone, while Ty reminisces on the empty promises of an ex-lover. The track comes to a close with Miller revealing his inner thoughts and owning up to his own transgressions in a confessional verse.

Just in time for the summer’s booty-bouncing activities, internet twerker and XXL Freshman Rubi Rose drops her latest single, “TWORK.” With instructional lyrics and a cheerleader-like intro, the song feels made for TikTok, bound to go viral on the danceable app in the near future.

With a festive visual featuring footage from a ’90s London house party, Rejjie Snow joins forces with multi-faceted vocalist Tinashe and LA music collective grouptherapy. for the house-infused “Disco Pantz.” The chorus, featuring heavily stacked vocals, is bound to get stuck in listeners’ heads for days to come.

Rapper Dusty Locane has been on a release roll. His latest drop, “BEST FRIEND” alongside 8anditt features a more commercial sound while remaining true to the Brooklyn rapper’s raspy, drill sound. 8anditt’s melodies and falsettos compliment Locane’s hard rhymes and cadences, describing his best friend. And unlike Doja Cat and Saweetie’s “Best Friend,” Locane is describing his Nina, also known as a handgun.

From her latest project, 1:03 AM, Empire signee Azjah releases “Soul Ties,” a laid-back love story told over a trap beat. With her effortless sing-song raps and relatable lines, the Compton native gives fans the perfect situationship soundtrack of the summer.

SOPHIETHEHOMIE’s latest release is a song you can happily disassociate to. Breathy vocals and heavy-handed reverb add a sultry tinge to the verses while electric guitar floats in and out. This track has yet to blow up on Spotify, so snap it up now — you’ll get to say you found it before all your friends.

The third song off Mariah the Scientist’s soon-to-be-released album, “Aura” is fresh, simple and clean. This vibey track is defined by a straightforward drumbeat and beautiful vocal flourishes performed by the 23-year-old singer. “I guess it’s better if we pretend we’re better as friends,” she sings. “I’ll try my best to forget your braid up and your Chanel scent.”

Blaze’s chorus bookends an intense rap from NLE Choppa on this simple, electric guitar slow jam. “Saw you with a new girl,” she laments. “At first I didn’t care so much, so I smiled and pretended I didn’t feel it in my gut.” Both fiery and subdued, this track feels like it could be headed for the radio or saved for a night alone with your earbuds and complicated feelings.

This new track is both laid-back and energizing, carried by a cool bassline and vivacious vocals — complete with several impressive runs. If you somehow aren’t moving your head, shoulders or feet along to the beat in the beginning, you will be by the time that breakdown kicks in at the end.

RAY BLK’s newest track is catchy and danceable, just in time for the post-quarantine partying renaissance. The song’s hook, interpolating Debarge’s popular “Stay With Me” sample, feels destined to blare out of huge speakers this summer, its booming bass filling up partygoers’ chests.