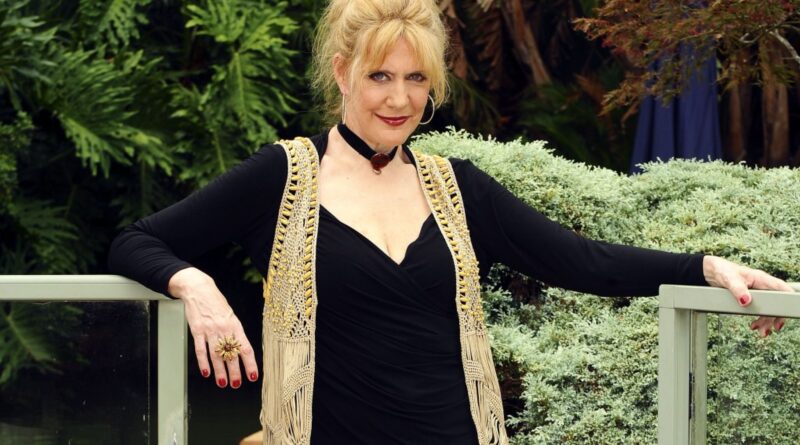 Geyer was inducted into the ARIA Hall of Fame and is remembered as a force of nature.

Renée Geyer, the ARIA Hall of Fame-inducted singer with an abundance of jazz, blues and soul in her powerful voice, died Tuesday (Jan. 17) from complications following hip surgery. She was 69.

Born Sept. 11, 1953, in Melbourne, Geyer “lived her life as she performed – on her own terms and to the fullest,” reads a statement from her family and issued by Mushroom Group, whose founder, the late Michael Gudinski, was a decades-long friend and supporter of the artist.

She enjoyed solo success in Australia with covers “It’s a Man’s Man’s World”, “Heading in the Right Direction” and the bouncy ’80s number “Say I Love You,” and sang until the end, performing just last month to a full house, read the statement. The late artist was looking forward to “another busy year ahead doing what she loved most – performing for her loyal fans around the country.”

Geyer got her break in the ‘70s, initially in Sydney, with a string of pop, soul and reggae releases. Later, she would relocate to Los Angeles, where she contributed to recordings for Stevie Wonder, Joe Cocker, Neil Diamond, Bonnie Raitt and Chaka Kahn, before making a comeback in her homeland in the 1990s, with some help from Paul Kelly.

Australia’s music community remembers Geyer as a force of nature, and one of the finest artists produced by this country, whose recording career spanned five decades.

Matt Gudinski, CEO of Mushroom Group and son of Michael Gudinski, recounts Geyer as a “fierce, independent, strong and passionate” trailblazer for women in the music industry, while Philip Mortlock, creative director ORiGiN Music, remembers her as an “astonishing talent” with “a wicked sense of humor and intellect.”

Midnight Oil frontman Peter Garrett writes, “Sang with Renee at a charity show back in the day, of course she blew the roof off. One of the very best voices we ever had the privilege to hear.”

Oh dear, big loss. Condolences to family, friends, fans. Sang with Renee at a charity show back in the day, of course she blew the roof off. One of the very best voices we ever had the privilege to hear. ‘Renee Geyer dies aged 69 https://t.co/92ml2WEQwy via @ABCaustralia

Geyer’s “impact as a female singer with both an uncontainable voice and personality has been immeasurable for Australian music,” comments ARIA and PPCA CEO, Annabelle Herd.

ARIA and PPCA CEO, Annabelle Herd, said: “Renée’s impact as a female singer with both an uncontainable voice and personality has been immeasurable for Australian music.” pic.twitter.com/AVozCmJjP0

Renée Geyer. A game changer. A soul diva. My sister in song.

Heart felt condolences to her family and friends, and to the Australian music industry as a whole who have just lost a person who possessed one of the greatest voices I have ever heard. pic.twitter.com/MdWwHaozO2

Australia’s own Queen of Soul. A truly incredible singer has left us. My love to her friends, colleagues and many fans. Rest in peace Renee Geyer. pic.twitter.com/OcZXXWsMjW

Geyer is also remembered for her rebellious nature, and for the slap she planted on interviewer Molly Meldrum while live on air on the ABC’s Countdown.

In her 2000 autobiography, Confessions of a Difficult Woman, co-written with music journalist Ed Nimmervoll, Geyer discussed her problems with substance abuse. And in its pages, she described herself as a “a white Hungarian Jew from Australia, sounding like a 65-year-old black man from Alabama.”

Geyer’ talents were unique, and celebrated, and her catalog 25 albums deep, a list she most recently added to with 2013’s Swing.

She cemented her icon status in 2005, when she was inducted into the ARIA Hall of Fame alongside Split Enz, Normie Rowe, Smoky Dawson, The Easybeats, Hunters & Collectors and Jimmy Barnes. Then, in 2013 she was the first woman to be inducted into the Music Victoria Hall of Fame; and in 2018 received the inaugural Lifetime Achievement Award at the Australian Women in Music Awards.

Despite her Hall of Fame recognition and several nominations, an ARIA Award eluded her.

“She was in no pain and died peacefully amongst family and friends,” the family statement explains.

Details of her memorial will be forthcoming. In lieu of flowers, the late singer’s family asks that preferred donations be made to Support Act “as a way of giving back to an industry that loved her so much.”

We’re deeply saddened to hear of the passing of Renée Geyer, one of the most highly regarded singers in contemporary music. Our thoughts are with her family and friends at this time. In lieu of flowers, she would have preferred donations be made here – https://t.co/vz6QjLv8RM pic.twitter.com/o1O1ue3OBG