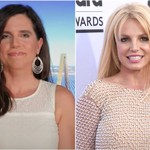 She added that “this is not a perfect bill,” but rather “a good start to reforming the conservatorship process.”

Regarding Spears’ case specifically, the congresswoman said she was dismayed by what she heard from the singer’s harrowing June 23 testimony, the first time the star has testified publicly about her conservatorship. “Listen to Britney Spears,” said Mace. “A lot of people are making a lot of money off of her. She’s been working every year since she was in this conservatorship. As a mom, one of the things I was really disturbed by is they’re forcing her on birth control, an IUD, to not allow her to have kids. It’s just really crazy what’s going on. These are things that happen in Communist China, not the United States of America.”

After the hearing, Mathew Rosengart, Spears’ new self-selected attorney, told reporters that he and his team are “moving aggressively and expeditiously” to remove Jamie Spears from the conservatorship.