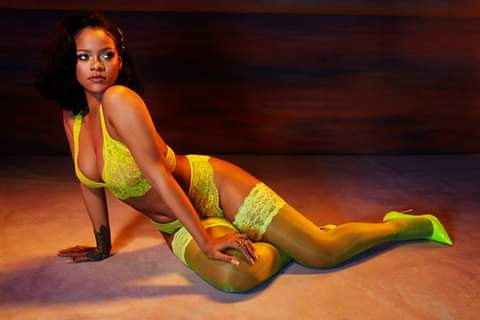 That Rihanna reign just won’t let up.
The global superstar has been named the wealthiest female musician in the world, according to Forbes . At 31 years old, she has amassed a $600 million fortune, putting her ahead of fellow music superstars including Madonna ($570 million), Céline Dion ($450 million), and Beyoncé ($400 million).
But it’s not music or concert sales that make up the bulk of Rihanna’s wealth.

Instead, it’s her partnership with French luxury goods giant LVMH, who co-owns Fenty Beauty. The makeup brand launched in September 2017 and became a viral success with a reported $100 million in sale in its first few weeks.

After only 15 months, Fenty Beauty has reportedly generated an estimated $570 million in revenue and is worth more than $3 billion overall.

Additionally, she co-owns her Savage X Fenty lingerie line with online fashion retailer TechStyle Fashion Group and has earned millions from touring and record sales.
Her empire continues to grow.

In May, Rihanna launched her Fenty fashion house in partnership with LVMH. She becomes the first woman to create an original brand at LVMH and the first black woman at the top of an LVMH maison.
Rihanna is hot on the heels of her mentor JAY-Z.

On Monday, Forbes declared the Ro Nation mogul the first billionaire rapper with a fortune that includes liquor, real estate, and investments.