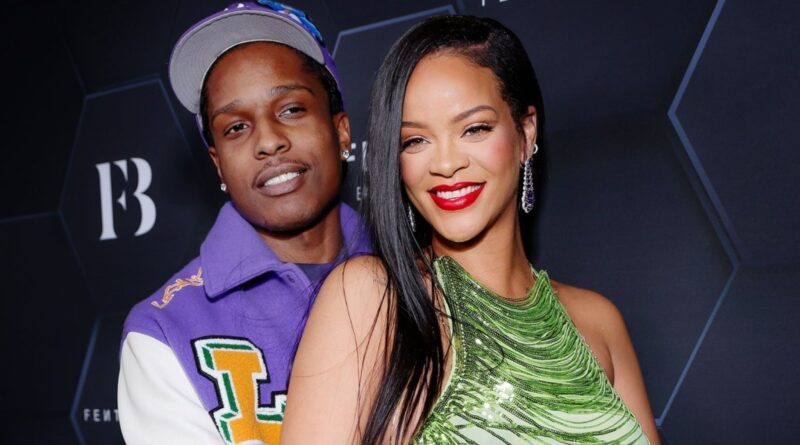 The festival marks only the second time the Fenty mogul has been spotted in public since reportedly giving birth.

A$AP Rocky took the stage at Lollapalooza Paris on Wednesday (July 20) with none other than Rihanna in the wings to support him.

The songstress and new mom made her surprise appearance at the festival wearing a striped, black tracksuit featuring several pops of green. She also turned up the decidedly sporty look with a stack of long, pearl-like necklaces and matching green fanny pack while clutching her cell phone and a pair of white sunglasses.

It’s only the second time the Fenty mogul has been spotted out and about postpartum, the first being during a lowkey outing to a London barber shop earlier this month, also with the “Fashion Killa” rapper.

Neither Rih nor her rapper love have confirmed the arrival of their first child together, but the pair reportedly welcomed their baby boy back in May. Members of the Navy weren’t shy about sending their heartfelt congratulations to their queen on social media, and even Katy Perry chimed in at the time with her own motherly words of wisdom, telling her pop star pal, “It’s a beautiful, magic time.”

However, Rocky did open up about his parenting philosophy in a recent interview with Dazed & Confused. “I will always remind my children to never lose their imagination, even as adults, no matter what,” he told the magazine weeks after Rihanna gave birth, adding that he wanted to “raise open-minded children. Not people who discriminate. And I’m not trying to describe a saint, but realistically, I just want a cool child with cool parents.”