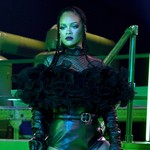 Take a look at Billboard’s weekly roundup and the “awards” it gave to this week’s headlines.

Frank Ocean will headline Coachella Valley Music and Arts Festival three years after he was supposed to, co-founder Paul Tollett revealed in a new interview on Monday (Aug. 2). Travis Scott and Rage Against the Machine, whose names appeared next to Ocean’s at the top of the bill for Coachella 2020 that was derailed by COVID, will take over Coachella 2022. Learn more about the future Coachellas here.

With Biles’ medal-winning return to the Olympics on Tuesday (Aug. 3), Swift was cheering her on not from the sidelines but in a brand-new NBC promo. “Her honesty as beautiful as the perfection that had long been her signature. But don’t you see? It still is. She is perfectly human. And that’s what makes it so easy to call her a hero,” the pop superstar narrated over her Folklore track “This Is Me Trying.” Watch the video and see Swift and Biles’ tearful Twitter exchange here.

Lollapalooza wrapped up its four-day festival on Sunday (Aug. 1), making it the first large-scale music festival to return after the pandemic shut down the live music industry. “I think [this 30th anniversary of Lollapalooza] is an extremely important and special year, because we all are hurting a little bit, we’re all a little afraid, but yet we’re exercising courage,” founder Perry Farrell reflected to Billboard for our new “My First Fest Back” series. Read the rest of what he had to say here and what Aly & AJ, Orville Peck, Journey and more performers had to say here.

Timbaland and Swizz Beatz rule as Billboard’s R&B/Hip-Hop executives of the year after they transformed their Verzuz live battle platform “from pandemic entertainment to a still-evolving, profitable wealth generator for Black artists,” according to the list. Meanwhile, Lil Baby discusses his parallel rise as a musical superstar and community hero, and Usher brings us into his world of Las Vegas for his latest residency. Read the Power Players list here and Lil Baby’s cover story here and Usher’s cover story here.

Call her BillionaireGalRiRi from now on! Forbes announced on Wednesday (Aug. 4) that the musician-actress-businesswoman has an estimated net worth of $1.7 billion in large part due to her Fenty Beauty brand. She’s now the richest female musician in the world and second richest female entertainer second to Oprah Winfrey. Read more about RiRi’s new status here.

The Weeknd provided nothing short of a breathtaking single and music video with “Take My Breath” on Friday (Aug. 6). As he transitions out of the After Hours era and continues to announce “the dawn is coming,” the R&B superstar moves full speed ahead with his synth-driven track and its powerful, strobe light-fueled visual. Watch the “Take My Breath” video here.