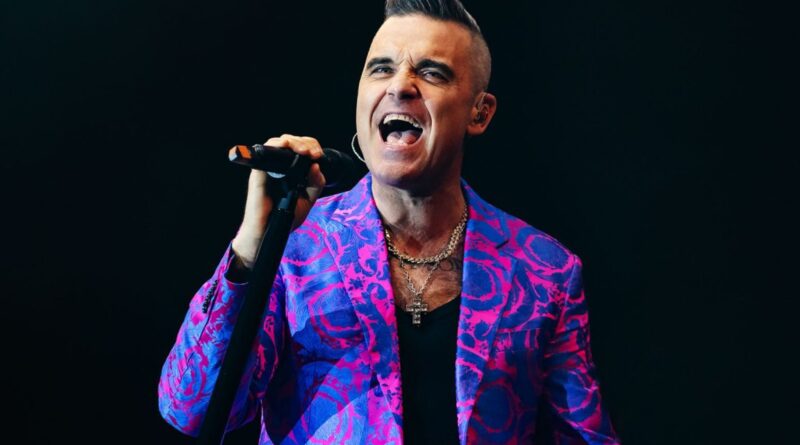 Only one act — The Beatles — has landed more U.K. No. 1s than Robbie Williams.

Robbie Williams’s XXV (via Columbia) completes its irrepressible charge to the U.K. albums chart summit, a feat that places the singer in the record books.

At the halfway point in the cycle, XXV, which celebrates Williams’ 25 years as a solo artist, had accumulated more chart sales that the rest of the top 10 combined. It turned out to be an unassailable lead, and nudges Robbie ahead of Elvis Presley (with 13 No. 1s) into second place all time.

As a member of Take That, Williams collected a further five No. 1 albums, including the hits collection Odyssey from 2018, which gathers pre-and post-Robbie era songs.

According to the OCC, the overall record holder is Paul McCartney, with 23 No. 1s across his album releases with The Beatles, Wings and as a solo artist.

Coming in at No. 2 on the Official U.K. Albums Chart this week is Ozzy Osbourne, with Patient Number 9 (Columbia), his 13th solo studio effort. That’s a career solo best for Ozzy, eclipsing the No. 3 for his 2020 release. The Birmingham, England native now has five solo top 10 records, and a further ten as a member of Black Sabbath.

A reissue of Manic Street Preachers‘ 2001 LP Know Your Enemy (Sony Music CG), collecting remixes and reconstructed tracks, proves popular with fans. The set returns to the U.K. chart at No. 4. Know Your Enemy peaked at No. 2 following its release 21 years ago.

Further down the list, Reading, England rockers The Amazons start at No. 5 with How Will I Know If Heaven Will Find Me (Fiction), for their third consecutive top 10 appearance.

And finally, Nigerian breakout artist Asake’s enters the top 40 on debut with Mr. Money With The Vibe, new at No. 22, while Brit Award winning Scottish singer-songwriter KT Tunstall cracks the chart with Nut, her seventh studio album. It’s new at No. 25.