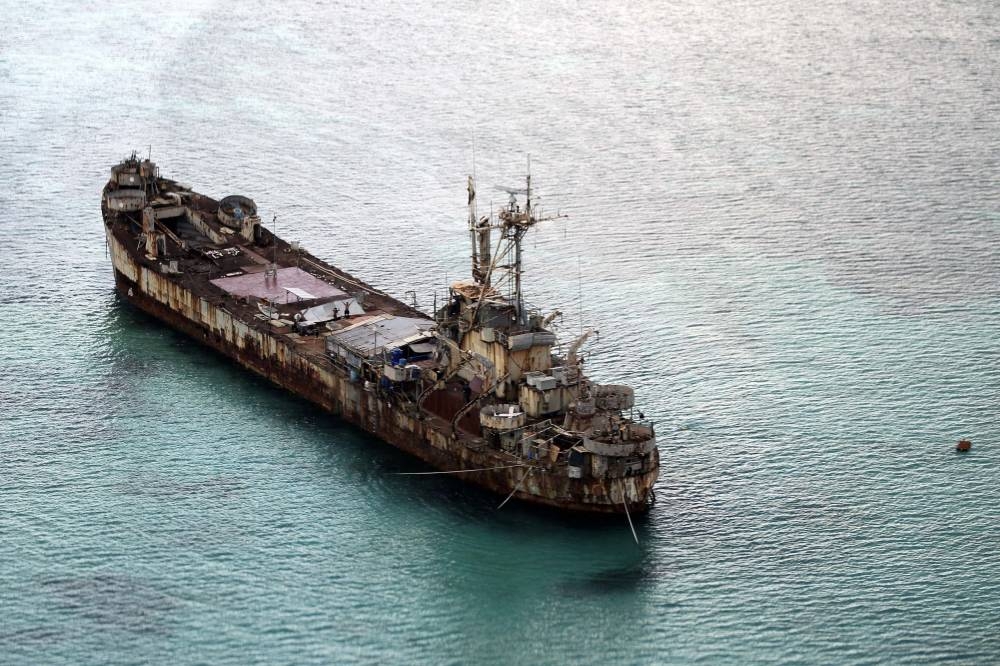 VICE President Maria Leonor “Leni” Robredo and Defense Secretary Delfin Lorenza maintained on Thursday that the Philippines’ sovereign rights over the Ayungin Shoal was “not debatable” and that China was “trespassing”.

Robredo and Lorenzana issued their statements separately but on the same day that political experts proposed that there may be a need for the two countries to go back to the negotiating table to resolve the territorial dispute over a portion of the South China Sea which the Philippines has claimed lay within its exclusive economic zone or EEZ.

“Ako, sinabi ko na ito noon, sinabi ko na rin ngayon: na iyong facts, hindi naman siya debatable. Hindi naman ito subject to opinion kasi mayroon nang ruling—mayroon nang ruling iyong arbitral tribunal. Kaya nga lagi nating inuulit-ulit na kung covered na siya ng ruling ng arbitral tribunal, hindi naman tayo kailangang makipag-debate (As for me, I have said this before and I will say it again: The facts are not debatable. This is not subject to opinion because a ruling has been inssued. This is why we repeatedly say that this is covered by the ruling of the arbitral tribunal that is why there is no need to debate about it),” Robredo, a presidential aspirant, said in response to a question during a media interview on Thursday in Cavite.

“Klaro na bahagi ito ng ating EEZ at mayroon tayong sovereign rights over dito. Dapat iyong enjoyment ng resources doon ay exclusive para sa mga Pilipino (It is clear that this is part of our EEZ and we have sovereign rights. We should enjoy the resources that are exclusively for Filipinos),” said Robredo following the incident at the Ayungin Shoal this November when Chinese Coast Guard vessels water cannoned Philippine boats on a resupply mission to troops of the BRP Sierra Madre that was anchored in the area.

China, through its Foreign Ministry spokesman Zhao Lijian, demanded the removal of the Philippine ship, saying that the shoal, which China calls Ren’ai Jiao, “is part of China’s Nansha Qundao” and cited a supposed “commitment” between Manila and Beijing.

Lorenzana pointed out that the 1982 United Nations Convention on the Law of the Sea (Unclos), that China also ratified, determined the Philippines’ EEZ, of which Ayungin Shoal was a part of.

The defense chief cited the 2016 arbitral award of the Philippines by the UN-backed Permanent Court of Arbitration, which junked China’s “nine-dash claim” because it had “neither historic nor legal basis”.

Lorenzana also said there was no commitment as far as he was concerned, citing that the BRP Sierra Madre has been in Ayungin since 1999.

“Ergo, we can do whatever we want there and it is they who are actually trespassing,” Lorenzana said in a message to reporters.

Malindog said that the South China Sea, aside from the fact that it is a sensitive topic for the most part, is a disputed area involving multiple countries like China, Vietnam, Malaysia, Brunei, the Philippines and Taiwan.

“So the tension over the disputed area have been time and again heigthened by unbridled nationalism and power rivalry and competition between the United States and China and the Indo Pacific region. No wonder from time to time it creates tension among claimant countries,” said the political analyst.

Malindog said the incident at the Ayungin Shoal “is just one of the many skirmishes between and among claimant states since time in memorial. Although this unfortunate incident happened in Ayungin shoal, the filing of diplomatic protest against China is a justified and legitimate action on the part of the Philippine government”.

However, Malindog added that it was one thing to file a diplomatic protest against China over the recent incident in the South China Sea, but it is another to blow out of proportion the incident by involving the United States which is not even a party to UNCLOS.

“Such pronouncement was for me unnecessary an uncalled for on the part of the Secretary of Foreign Affairs citing the lopsided Mutual Defense Treaty between the Philippines and the United States. I have more questions right now in my mind, what was that for? What was [Teodoro] Locsin [Jr.] trying to insinuate and achieve. Is it to scare China? That is quite funny because as what we know that China is already a super power,” Malindog said.

She also mentioned that China is the number one trading partner, number one import source and number two export market and a major foreign investor and the second largest source of tourist of the Philippines.

She added that China is also the number one supplier of coronavirus disease 2019 vaccines in the country. Likewise, China was instrumental in the successful launch of the national vaccination program in the Philippines in March of this year.

“Given all these, do you really think that China is a threat to this country? For me, of course not,” she said.

To resolve this issue, Malindog said that “we need to work on the COC or the Code of Conduct of the South China Sea”.

“The COC is not a mechanism that will settle sovereign dispute but it will provide us guidelines and rules on how claimant countries conduct their affairs in the south China Sea,” she said.

For Banlaoi, the Ayungin Shoal incident indicated that the Philippines and China would continue to assert their national positions in the South China Sea but at the same time this should be an opportunity to improve bilateral relations.

Banlaoi warned that if not fully managed peacefully by the two parties, the incident can encourage “error in judgement that can even lead to a violent encounter at sea”.

He said that it is “very imperative for the Philippines and China to go back to the negotiating table in order to overcome their possible misunderstanding on SCS.

Banlaoi said both parties have to be reminded of their “gains in the consultative bilateral mechanism in SCS where they are committed to promote pragmatic cooperation in order to sustain their friendship and achieve overall peace in the SCS”.

“So instead of conducting their own unilateral action to assert their respective positions, both countries need to work together in order to encourage coordinated actions and joint management in case of development of natural resources in SCS”.

“Let us not be a frontliner for military confrontations of a world power struggle on who should be number one. The world now does not need military conflicts, the greatest competition is in the economy and technology and that is wqhy the US and China are engaged in this competition and we should not become the frontliner of this battle,” he said.

He said the US has been supporting Taiwan, which has incurred the ire of China.

Valdes warned that there was a “big possibility” that if war erupts between the US and China over Taiwan, the Philippines would be involved, being an ally of the US, and use the disputed waters as a passageway for its weapons.

In 2012, Valdes said the US announced that 60 percent of their naval fleet will be brought to the Southeast Asia region. It will not take long for China to take position against the US build up in this area of the world.