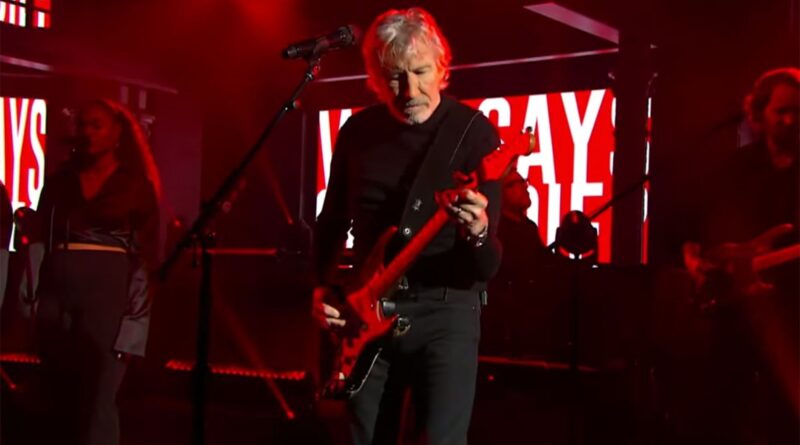 The former Pink Floyd member took the ‘Late Show’s’ audience back to 1979.

Rogers Waters is ready to throw it all the way back to 1979. On Tuesday (June 21), the former Pink Floyd rocker took the stage on The Late Show With Stephen Colbert and performed a medley of hits from the critically acclaimed band’s 1979 album The Wall, combining tacks “The Happiest Days of Our Lives” and “Another Brick in the Wall” parts two and three.

Accompanied by five-piece band and two backup singers, Waters first delivered “The Happiest Days of Our Lives” and sang in his signature gravelly tone while expertly plucking away at his guitar strings. “When we grew up and went to school/ There were certain teachers who would/ Hurt the children any way they could/ By pouring their derision/ Upon anything we did,” he sang.

At around the 1:47 mark, Waters and his backup singers flawlessly transitioned into “Another Brick in the Wall.” The rock icon sang, “We don’t need no education/ We don’t need no thought control/ No dark sarcasm in the classroom/ Teachers, leave them kids alone/ Hey, teachers, leave those kids alone,” before belting out the title of the iconic Floyd track, “All in all it’s just another brick in the wall.”

Watch Waters play “The Happiest Days of Our Lives” and “Another Brick in the Wall” parts two and three below.