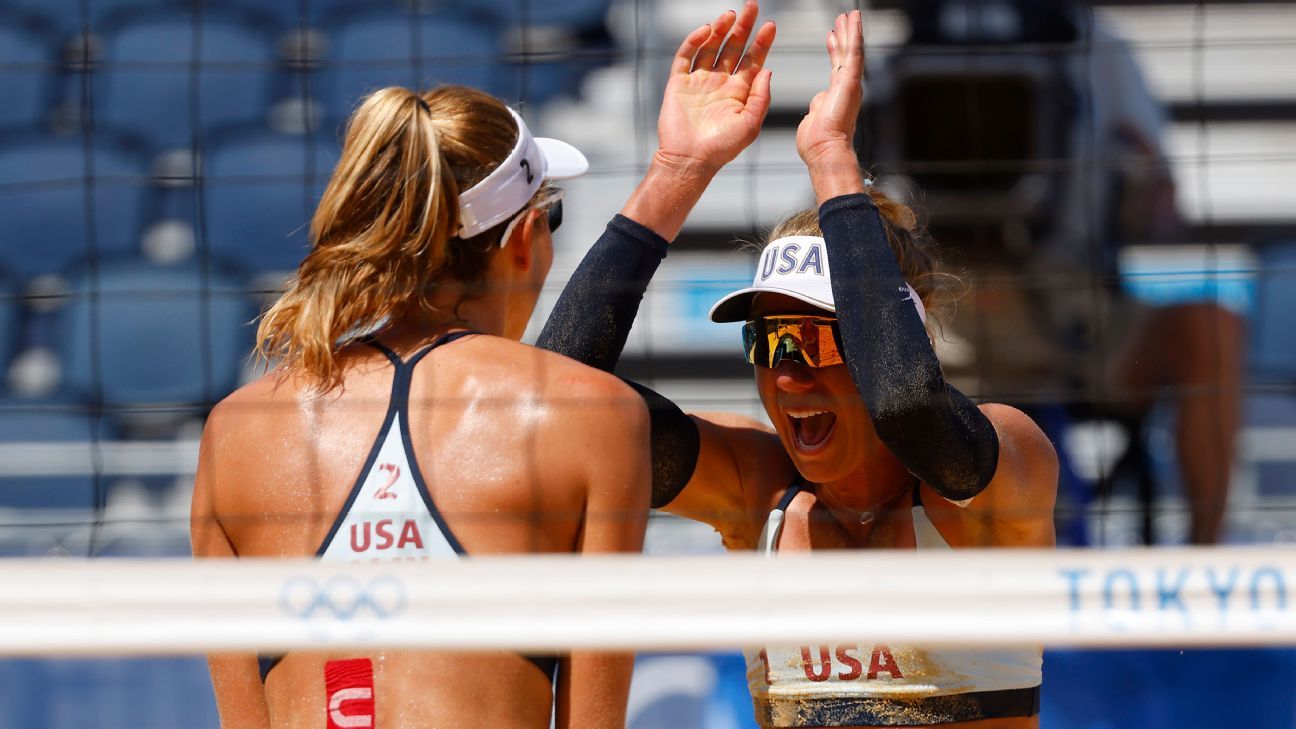 Americans April Ross and Alix Klineman cruised to a straight-set victory over China in their Olympic beach volleyball opener on Sunday in Tokyo.

Ross is making her third appearance in the Summer Games with her third different partner. She’s already won a silver medal and a bronze. Klineman is making her Olympic debut. They’re among the favorites for the gold medal in Tokyo.

The Americans won the first set 21-17 and then took the second 21-19 over Xue Chen and Wang Xinxin.

The American men’s team of Jake Gibb and Tri Bourne play their first match on Sunday night. Bourne was a late substitute after Gibb’s original partner, Taylor Crabb, tested positive for COVID-19 when he arrived in Japan. They’ll face an Italian team.