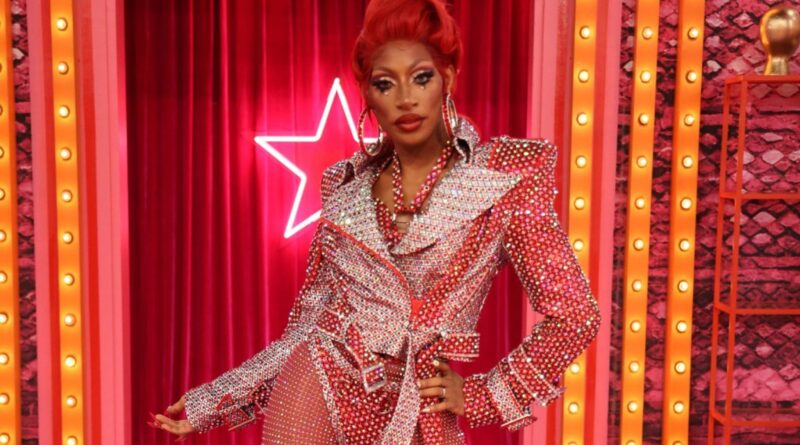 After years of imploring from the fans, RuPaul’s Drag Race All Stars season 7, the first all-winners season in the hit franchise, has finally premiered.

In the first two episodes, which debuted on Paramount+ on Friday (May 20), the fans got to reacquaint themselves with former winners Raja, Jinkx Monsoon, Monét X Change, Trinity the Tuck, Yvie Oddly, The Vivienne, Jaida Essence Hall, and Shea Couleé, as the queens duked it out in a songwriting challenge, followed an iconic double round of Snatch Game.

Viewers also got to learn about the new rules of the all-winners format — gone are the lipstick eliminations and the lip sync assassin showdowns that have dominated the past few seasons of All Stars, now replaced by a points system. With no eliminations taking place this season, each week, two queens will be rewarded a Legendary Legend Star for their performances, and then lip sync against one another. The winner of the lip sync gets $10,000 and the ability to block one queen from getting a Star the following week. The four queens with the most Legendary Legend Stars at the end of the competition will fight for the crown in a lip sync smackdown.

With so much to break down from the first two episodes — including one of the most gag-worthy guest appearances by supermodel and fashion icon Naomi Campbell — Billboard chatted with contestant and season 12 winner Jaida Essence Hall about winning the crown in the middle of a pandemic, returning for this star-studded contest, and all of the behind-the-scenes tea about the first two episodes of All Stars 7.

All Star 7 is finally out in the world! How are you feeling about fans finally getting to watch this series?

So so good! I was able to watch both episodes, and both of the episodes are so fun, getting to look back and relive all of those moments with my sisters. You get to refresh and remind yourself that the fans are in store for some amazing shit this season.

I mean, if these two episodes are any indication, then I’m almost scared — this season is going to be nuts.

There was a moment in the first episode where you got to open up about winning the season 12 crown, but not being able to tour the world and get some of that same shine as other winners. Where are you at with that feeling today?

Oh my god, thankfully we got to have that moment where I talked with my sisters, and had a really deep moment. Right before that talk happened, we were all having a conversation about what it’s been like for us to win, what are some of the things we managed to accomplish since our win, what it was like when we won, etc. But then we had a talk about all of the negative things that come with a win, like the way that people make you feel like you didn’t deserve the win.

Coming to this season in my mind, we all had this thing that we strive to at any job or any career we have, it’s like… no matter how much time I’ve done this thing, you still have this thing that eats at you, asking “Am I good enough?” For me, I won, but then it was like, “What makes me so deserving to have this?”

Now, after being on the show, after being able to be in the world and finally seize these opportunities, and after having that conversation with them and seeing that I am not the only one to share those feelings, it’s made me completely change my mentality about the way I see my win. I don’t just feel like I deserve the win, but I know that I worked and earned it, and it is mine. Period.

I mean, you’re getting to do some of that world-touring right now, I know you’re in Glasgow at the moment!

You talking about haggis?

Let’s get into these episodes, because there is a lot to go over. First — the rules change once again! How did you feel as soon as Ru told you all about the Legendary Legend Star twist?

To be honest, I kinda feel like I knew. Like, in good Drag Race fashion, there is always room for a change, and with the competition being all-winners, and knowing that some of those contestants were winners of All Stars, I just knew that there had to be some kind of twist. Now, what that twist would be? I had no idea! So, to see that it was a ranked system immediately felt like the best way to determine who should win an all-winners season! If someone gets eliminated this season, you don’t really get to see what they could do since their win, so it’s only fair to allow all of us to stay in the ring.

Exactly, and it’s also a nice way to let the fans who like to judge everything on track records know that they have been heard, but also to be quiet!

Literally! And the thing is, the opportunity to actually get to show everything off every episode, it gives you the opportunity to feel strong if you mess up in something. You still know that if you screw up, you’ll be there the next week. I think it’ll change the history of the show, to be honest.

Completely. Another thing that was a first in Drag Race history — Naomi Campbell! My jaw was on the floor when she walked out. That was so exciting getting to finally see her on the show, and so cool to have her give you all a masterclass in runway walking. What was that moment like for you?

Oh. My. God. My jaw was in my anus! So, the full tea is: When Ru was letting us know that there was going to be someone iconic on the runway, my immediate answer to everything is Beyoncé — so I was in my head thinking this was finally the day. But I will honestly say, as we were heading over, I was like, “What if it’s Naomi Campbell? We’re doing a runway presentation, she would be the right person.” But then my mind immediately shuts it down and goes, “No way, that’s not it, no.”

You can obviously see on the show how much of a difference she’s made in Shea’s life, but for everybody there — especially all of the queer black people in that room — I know for a fact that she has moved all of our lives, and changed them for the better just by existing and being herself and blazing trails and covering magazines for the first time. Every moment you think of with Naomi Campbell, it allows you to believe that more and more things are possible for yourself.

To then meet her in person, I was kind of praying that she would read me to filth, because that would be so iconic and I would never forget that moment! Unfortunately she didn’t, but she was very sweet and one of the greatest guest judges. She gave us such helpful advice; you could tell by the way she answered questions and gave critiques that she is so passionate about her work.

So after you meet with Naomi, we get to watch the “Legends” performance — having to do the songwriting challenge on episode one is crazy! What was your thought process headed into that as the first challenge?

I was a little nervous, because I initially thought we were going to do a little talent show like they’ve done on past All Stars seasons. But again, it’s Mama Ru, she’s always got a plot twist! I don’t really sing, and I knew that there were people around me who were singers, so I was a little shook. Also, before even leaving home, I was wanting to make sure that I was prepared for anything. So, I always told myself that no matter what was going on I would say yes to the challenge, take it in my stride, and move forward with it. After hearing it, I got to have some fun with it — we did the singing challenge first on season 12, too. So this time, I got to make it more fun!

You killed it in the singing challenge — which brings us to Snatch Game. I think this was the best Snatch Game in Drag Race history, to be completely honest. And that includes your Prince, which I actually thought was very funny even when you broke! Does Prince hold any special meaning for you as a performer?

Oh, for sure! He’s a huge influence on me, absolutely. The way in which he lived his life so unapologetically, the way he prioritized sexual freedom, the fact that you would even see him doing these interviews being shady as all hell — he was just everything. There is so much of myself that I see in Prince, so I was like, “Yeah, it’ll be fun to play him and pay homage to him.” But then I was like, “This is not my traditional drag, so it’ll be fun to play around in a new style.” It was a challenge, for sure. When I got there, I didn’t wanna necessarily know everything I was gonna do, I just wanted to live in the moment having fun as Prince having fun.

It was so funny, that little thing you did with your mouth was so stupid but so funny.

[Laughs.] Straight up, that was me laughing and trying not to break character! That was why I just had to straight up say, “You’re making me laugh, Ru.” It was so much fun, and the fans are being very lovely about it! Snatch Game is one of those things that, heading into the competition, you get so nervous about. Anyone who competes on the show, Snatch Game is the No. 1 stressor, because you know how much the fans love it and how much rides on it. Especially in this season, so many of these queens won Snatch Game, so I really just wanted to stand out, while also understanding that I was never gonna win. Like, these girls are iconic Snatch Game performers, they know what they’re doing! The most I can hope to do is have a good time and be safe! And I made that happen.

With this being such a pivotal season in the Drag Race franchise, we’re asking the queens to take a look back across the many seasons of the past — do you have an all-time favorite RuPaul’s Drag Race moment?

Oh, that is so gaggy! OK — one of the first iconic moments to me was from season one, when Akashia slipped and fell on the runway. The way that she spun on the floor, posed and got right back up, that to me was the first episode that made me fall in love with this show. She turned it and made it a moment! It made it feel super fearless. Because normally, you always see everyone being perfect. But to see that, and to see her just immediately roll with it and get right back up, it was iconic. It’s the definition of, “It’s not how you fall down, it’s about how you get back up!”

Now, because we’re Billboard, I always want to know — is there any music in particular that you’ve been listening to on repeat lately?

Oh, tea! Right now, it’s kinda crazy that you asked that — I have been listening to the new Amber Mark album [Three Dimensions Deep] over and over again. It’s incredible, she’s so talented. Sometimes we share dressing rooms, but the moment I don’t have to share, it’s me and Amber going full blast over and over again. I love her.