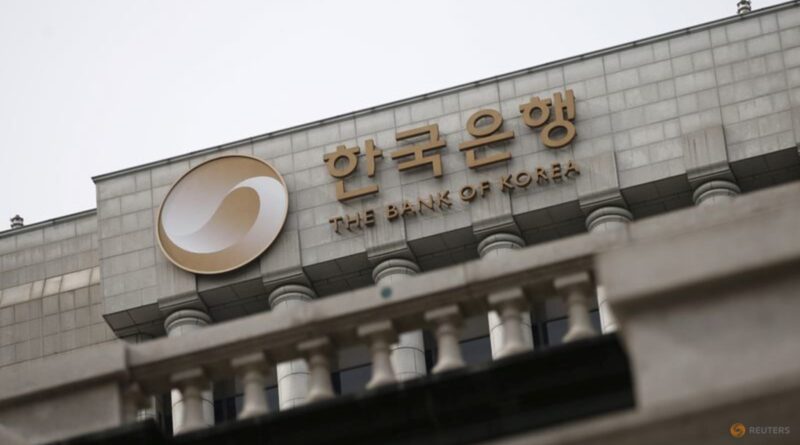 SEOUL : South Korea’s central bank raised interest rates by a more modest 25 basis points on Thursday, slowing the pace of policy tightening as it tries to tame inflation without choking off economic growth.

The Bank of Korea (BOK) raised its benchmark policy rate to 3.25 per cent on Thursday, the highest level since 2012, after delivering a half-percentage point hike in October.

The BOK is in the midst of its most aggressive policy tightening on record, having been a front-runner in withdrawing pandemic-era stimulus in the region when it started raising interest rates in August 2021.

Since then, it has raised rates by a total of 275 basis points, delivering bigger 50-basis-point rate hikes for the first time since the current monetary framework was introduced in 1999. It hiked rates by that amount in July and October.

Policymakers are trying to balance the need to curb above target inflation – running at 5.7 per cent – with building debt, easing property prices and falling exports. The central bank aims to keep inflation at 2 per cent.

South Korean consumers are among the world’s most-indebted, property prices fell at their sharpest rate in at least two decades in October, while exports suffered their biggest drop in over two years.

The slowdown in the tightening pace has also been facilitated by a rebound in the local currency. As aggressive U.S. monetary tightening buoyed the dollar this year, many central banks in Asia have sought to hike rates in step with the Fed to avoid local currencies from weakening too much against the greenback, risking causing capital outflows.

The won has rebounded more than 7 per cent from a 13-year low against the dollar touched in late October.

The BOK’s 25-basis-point hike is smaller than recent moves by some of its regional peers, with central banks in the Philippines and New Zealand pressing ahead with outsized rate hikes after the Fed’s four consecutive 75-basis-point rate increases.

Median forecasts of analysts in a Reuters poll showed the terminal rate for the current tightening cycle would be 3.50 per cent by end-March.

Governor Rhee Chang-yong will hold a news conference at 0210 GMT.