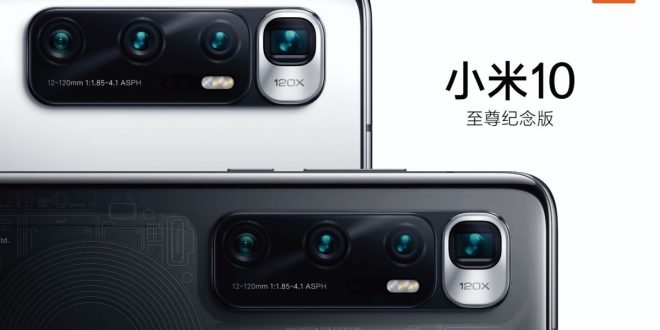 RODENT950 revealed the details of this camera, as well as a marketing image, on Twitter. The phone’s lens has a maximum 120X zoom, with 4x optical zoom, although we don’t know the resolution.

The number of megapixels Xioami decides to use is important because with a fairly low optical zoom, the Chinese manufacturer will be achieving that three-figure maximum zoom by cropping and blowing up the image. Without a large sensor, the 120x zoom will be wasted since every shot would turn out dark and blurry.

The camera and name probably remind you of the Galaxy S20 Ultra, which also uses a 48MP 4x optical zoom telephoto camera to achieve its 100x ‘Space Zoom’ feature. The Galaxy Note 20 Ultra uses a different 12MP telephoto sensor, with a maximum of 50x zoom but 5x optical zoom. We’ve yet to test the Note 20 Ultra in-depth, but when we reviewed the S20 Ultra, we found the zoom camera became significantly less effective as you cranked up the magnification beyond 30x.

The current top of the Xiaomi flagship heap, the Xiaomi Mi 10 Pro, is a great alternative to the normal Android flagship crowd, but one that’s hard to find in the U.S. It’s equipped with two telephoto cameras: a 12MP 2x optical zoom “portrait” sensor and an 8MP 10x hybrid zoom telephoto camera. This may mean we still get two zoom cameras on the Mi 10 Ultra as well, with the new 120x sensor probably replacing the 8MP camera and joining the existing 108MP main camera lens.

In terms of specs, expect a Snapdragon 865 chipset, or perhaps the new Snapdragon 865 Plus if Xiaomi’s willing to shell out for ultimate performance. This will then be combined with up to 16GB RAM and 256GB storage, based on benchmark results believed to be for this phone.

The Mi 10 Pro has a maximum 30W charging speed and a 6.6-inch curved AMOLED display with a 90Hz refresh rate. All of these are a step down from what Samsung offers on its own Ultra handsets — a 45W maximum charging wattage, and a 6.9-inch AMOLED panel with 120Hz refresh rate. If Xiaomi wants to make Mi 10 Ultra a true rival, it needs to adopt these features too, or offer its new phone at a significantly lower price.

We can see from the teaser image that there will be at least two color options — one being a nice shiny silver, and the other being black with outlines of the phone’s tech stenciled onto it, such as the wireless charging pad, NFC coil and parts of the camera array. It’s certainly a unique look, and one befitting a premium phone.

Xiaomi is holding an event on August 11 to celebrate the tenth anniversary of its founding, as announced by its VP Lu Weibing on Weibo on August 3. This would make it the ideal time to reveal some big new products, such as the Mi 10 Ultra. If and when this phone gets officially revealed, we’ll be watching to see if this phone is truly going to be the new smartphone zoom camera champion.